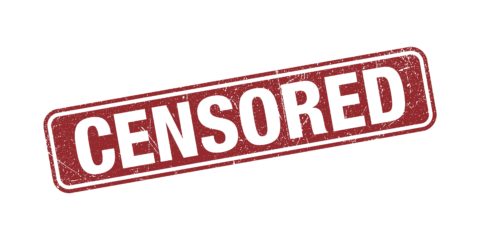 ARTICLE 19 Eastern Africa (EA) has expressed serious concerns over the arrest of Eric Omondi, a Kenyan comedian, under the country’s censorship laws. Eric Omondi was arrested hours after he released his reality show Marriage Material on his social media accounts.

“As has been the case in the months before an upcoming general election, the government is arresting high profile individuals and using these ‘test cases’ to assess the reaction of individuals, human rights organisations and media houses,” said Mugambi Kiai, Regional Director at ARTICLE 19 Eastern Africa.

Omondi was arrested by the Kenya Film and Classification Board (KFCB) Compliance Officers and officers from the Department of Criminal Investigations (DCI) on Thursday, 11 March and taken to Kileleshwa Police Station, from where he was later released. The Board claims that Omondi violated Section 12 of the Kenya Films and Stage Plays Act (CAP 222), which prohibits exhibition, distribution or exhibition of any film without registration or certification by the Board. This provision attracts a fine of Ksh. 100, 000/- (US$1000) or imprisonment of up to five years, or both.

ARTICLE 19 EA reiterates that various provisions of this law provide the Board with broad, prior censorship powers to police online and offline artistic content that violate free expression, including artistic expression. These provisions violate protections under the Universal Declaration on Human Rights, the International Covenant on Civil and Political Rights, the African Charter and Article 33 of the Constitution of Kenya.

The Film and Stage Plays Act, which was being amended and parts of which have been challenged in court, establishes a mechanism of prior restraint with oversight from the KFCB. Prior restraint is a form of censorship that allows a regulatory body to review content before it is published and may prevent its publication. The blanket-use of the mechanism for all content severely limits freedom of expression, and especially freedom of artistic speech and media freedom. The limiting effect of prior restraint on human rights is immediate and irreversible.

“Despite the High Court decision in the Rafiki case upholding the constitutionality of various provisions of this law, the licensing and prior approval requirements are not in line with international law standards on freedom of expression. The current architecture of the Film and Stage Plays Act is paralysing the same right it is supposed to promote,” continued Mugambi Kiai.

ARTICLE 19 EA is currently in court supporting the appeal of the Rafiki decision rendered by the High Court in April 2020.