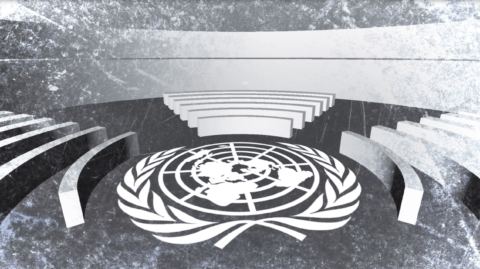 ARTICLE 19 and Access Now have jointly submitted a report for consideration ahead of the third UN Universal Periodic Review (UPR) of Iran. The submission highlights a deterioration of freedom of expression in the country, with an unprecedented crackdown on freedom of expression online, and the harsh repression of protesters and human rights defenders. No progress has been made on the implementation of UPR recommendations previously accepted by Iran. However, the development of a law on freedom of information, could, with some reforms and proper implementation, enable progress for public access to information.

What is the Universal Periodic Review?

Every five years, the human rights records of all UN Member States are scrutinised through the UPR mechanism of the UN Human Rights Council (HRC). All countries voluntarily undergo this review at the HRC in Geneva. During the UPR, all UN Member States have the opportunity to make recommendations to the country under review, with a view to improving their human rights record. The country being reviewed formally responds to the recommendations it receives at the HRC, and is responsible for implementing the recommendations it chooses to accept, ahead of the next cycle of the UPR.

With countries including Iran now undergoing their third review through the UPR, the focus must be on implementation. Governments, civil society groups, and the public play an important role in holding the country concerned accountable for taking action to better protect human rights, including freedom of expression and access to information.

Regression instead of progress on freedom of expression commitments

Our monitoring has shown that there has been no progress on the implementation of the vast majority of UPR recommendations accepted by Iran in 2014. In fact, in many cases there has been significant regression.

In 2014, Iran accepted recommendations to strengthen and promote freedom of expression in the country,[1] and noted specific recommendations to repeal all provisions which overly restrict it. However, the highly restrictive legal framework, particularly the overbroad and vague restrictions of the Iranian Constitution and the criminalisation of expression under vague terms like “sowing corruption on earth” in the Islamic Penal Code, continues to be used to target dissenting voices, including human rights defenders, journalists, and human rights lawyers. The same laws, which are totally incompatible with international human rights law, have been used to subject peaceful protests to harsh repression, including mass arbitrary arrests. Protestors have also been subject to excessive use of force by state security forces, with 21 individuals killed in protests in December 2017, predominantly at the hands of state forces.

Journalists, human rights defenders, trade unionists and protesters, as well as dual-nationals, are among those who have borne the brunt of the ongoing crackdown against dissent. Arbitrary arrests and detention remain the most widely used tool to silence any criticism of the state and its policies, and intimidate others into self-censorship. Our submission details particular concerns on cases including the extraordinarily harsh sentencing of renowned human rights lawyer Nasrin Sotoudeh on 11 March 2019, to 38 years’ imprisonment and 148 lashes, in relation to her work defending women charged for protesting against the compulsory hijab. We are also concerned by the situation of environmental human rights defenders Niloufar Bayani, Sam Radjabi, Houman Jowkar, Taher Ghadirian, Morad Tahbaz, Sepideh Kashani, Amir Hossein Khaleghi and Abdolreza Kouhpayeh, who have spent over a year in pre-trial detention for work for the Persian Wildlife Heritage Foundation (PWHF). Five of them may face the death penalty for charges under the Islamic Penal Code.

The deterioration of freedom of expression online and offline continues amid an increasingly precarious political and economic environment. The unilateral withdrawal of the United States of America (US) from the 2015 Joint Comprehensive Plan of Action (JCPOA), and the subsequent imposition of sanctions in November 2018 saw the destabilisation of Iran’s currency. The resulting economic pressures have led to protests and strikes across the country, which the government has sought to suppress. While externally the same US sanctions added to the worsening impact on freedom of expression and information for Iranians by blocking their access to vital online tools.

Authorities have also sought closer control over access to, and sharing of, information online. In 2014, Iran accepted a recommendation related to taking “measures to ensure public access to the Internet”[2], and partially accepted two on promoting freedom of expression and access to information online.[3] It noted recommendations to “end its severe restrictions and surveillance of the Internet.”[4] And yet, despite this and election promises to keep the Internet open, freedom of expression online has come under unprecedented pressure. Restrictive legislation has not been reformed, and the blocking and filtering of online content has been stepped up following protests in December 2017. Simultaneously, the government has taken steps to undermine online anonymity, and centralise Internet infrastructure to increase control over the free flow of information online.

Targeted efforts to restrict access to the Internet, which included the blocking of Telegram, the most widely used messaging app in Iran, were a further blow to access to information in the country. Several new bills currently before Parliament threaten to undermine the right to privacy of Internet users, and further entrench the government’s control over the Internet in Iran. This includes data localization requirements, and attempts to force the use of local platforms and other efforts to centralize control over the Internet.

In a positive development, 2016’s non-binding “Citizenship Rights Charter” established a right to access public information and the 2009 Publication and Free Access to Information Act (Access to Information Act) was implemented in 2015 which provides a legal basis for citizens’ right to access information held by government institutions and certain private bodies. However, we note that the law requires further reforms, and implementation continues to be slow and fall short of international standards.

Why is Iran’s UPR important?

Iran often highlights its particular commitment to the UPR process: it is therefore important that it is held to account for its full and effective engagement in its own review, including for the implementation of its commitments under the process. So far, Iran has completed two Universal Periodic Reviews of their human rights record – in 2010 and in 2014. During these reviews, Iran accepted hundreds of recommendations, the majority of which have not been implemented.