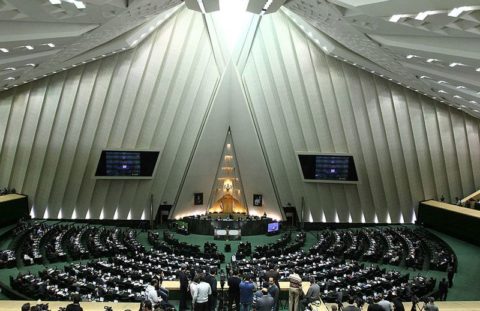 The rights to freedom of expression and freedom of religion and belief in Iran will be dealt yet another blow if a Bill proposing additional provisions to the Islamic Penal Code for “insulting legally-recognised religions and Iranian ethnicities” is passed by Iran’s Parliament. ARTICLE 19 urges the Iranian authorities to immediately drop the draft Bill in its entirety and avoid taking similar initiatives in the future.

ARTICLE 19 warns that the draft Bill, if passed in its current form, will further erode the rights to freedom of expression and freedom of religion and belief. Individuals belonging to religious minorities, including Baha’is, who have faced systematic persecution over the past decades are feared to be at greater risk of persecution.

“Instead of bringing the Penal Code in line with international human rights law, Iranian lawmakers have taken steps to further cement and solidify discrimination against religious minorities and restrictions on freedom of speech in the country’s legislative framework,” said Saloua Ghazouani, Director of ARTICLE 19 Middle East and North Africa Programme.

“The draft Bill is effectively a green light granted to Iran’s law enforcement and prosecutorial and judicial authorities, who will be armed with additional tools to crack down on already persecuted individuals and groups solely for exercising their human rights,” Ghazouani added.

The Bill was passed by the Parliament in May 2020. It was then reviewed by the Guardian Council, a body tasked with ensuring legislative compliance with the Constitution and Sharia law, and was sent back to Parliament with a number of objections in June.

“These draconian proposals confirm yet again the Iranian authorities’ utter disregard for their international human rights obligations. They must urgently withdraw the draft Bill in its entirety and take immediate action to amend the existing legal framework in order to ensure that the rights to freedom of expression, religion and belief are fully guaranteed in line with international law and standards,” said Ms. Ghazouani.

Restrictions on the Right to Freedom of Expression

Article 1 of the draft Bill, adding an Article 499 bis[1] to Iran’s Penal Code, imposes harsh punishments on “anyone who insults Iranian ethnicities with the intent to cause discord, violence or tensions in the society or with the knowledge that such [consequences] will follow or with the same intention or knowledge, directs explicit swears at divine religions recognised under the Constitution.” The Bill seeks to impose the punishment of between two and five years in prison and/or a monetary fine in cases where discord or violence or tensions are caused as a result of the prohibited conduct. The draft Bill merely refers to ‘religions’ and ‘ethnicities’ in general terms without specifying the groups concerned.

Under international human rights law, any restrictions on freedom of expression must meet the requirements of the three-part test of legality, legitimate aim and necessity and proportionality. The draft Bill meets none of these conditions.

The Bill is in breach of the principle of legality, which requires all legislation to meet certain standards of clarity and precision in order to enable individuals to foresee the consequences of their conduct.Restrictions imposed through the draft Bill are set out in extremely vague and broad terms. For example, it is not clear what the meaning of ‘insult’ is or what one has to do to ‘insult’ or to cause ‘discord’ or ‘tensions’. Such vaguely-worded provisions grant extensive interpretive discretion to the prosecutorial and judicial authorities providing a fertile ground for arbitrary arrest and detention.

Alarmingly, the Note to the Article seeks to elaborate on the definition of “insult” by merely referring to a number of deeply flawed existing provisions in the Islamic Penal Code and the Press Law which in reality provide no definition of the term. For example,Articles 513, 514, 608 and 609 of the Penal Code, which in broad and vague terms respectively criminalise “insulting the Islamic sanctities”, “insulting Imam Khomeini and the Supreme Leader”, “insulting individuals including through swear words”, and insulting state officials such as the president, the Head of the Judiciary, and ministers are cited.

In addition, the restrictions imposed under the draft Bill do not pursue a legitimate aim. International human rights law protects people, and not abstract concepts, such as “legally recognised religions,” or belief systems.Therefore, legislation prohibiting displays of lack of respect to a religion or belief system is incompatible with freedom of expression standards unless the expression in question genuinely constitutes incitement to discrimination, hostility, or violence. While the proposed provision makes references to “violence”, it does not require an act of expression to have constituted incitement to violence or discrimination or have sought to promote discriminatory hatred towards a target group.

Moreover, the draft Bill aims to restrict speech in a broad, disproportionate and untargeted way thus failing to meet the requirement of necessity.

Restrictions on the Right to Freedom of Religion and Belief

The right to freedom of religion and belief will also be seriously restricted by the adoption of the draft Bill. Article 2 of the Bill, which aims to add an Article 500 bis, imposes heavy punishments on anyone who commits “any deviant educational or proselytising activity that contradicts or interferes with the sacred law of Islam” when it is – among others – part of a “sect”, or through the use of “mind control methods and psychological indoctrination”. The prescribed activities include “making false claims or lying in religious and Islamic spheres, such as claiming divinity.”

Under international law, educational or proselytising activity and other forms of religious expression – such as making ‘false’ religious claims (whose falsity or otherwise is to be decided by persons, not the state), claiming divinity or prophecy, and claiming to be in communication with the prophets – are all protected under the right to freedom of expression and the right to freedom of religion and belief. Restrictions on these activities would only be allowed if they fall under the narrowly defined permissible grounds. The mere contradiction or interference of such conduct with Islam, or the state’s official religion, therefore, could not be considered a permissible ground for restriction.

International standards also require States to “take measures to create favourable conditions to enable persons belonging to minorities to express their characteristics and to develop their culture, language, religion, traditions and customs.” Laws that induce a fear of prosecution effectively coerce a person or a group to adopt a religion or belief different from that which they would freely choose. Such laws run contrary to guarantees of the right to freedom of thought, conscience and religion or belief.

While the Bill imposes a threat to anyone who refuses to subscribe to state-sanctioned beliefs and ideologies, ARTICLE 19 is deeply concerned that it will disproportionately impact individuals belonging to ethnic, religious and faith-based minorities.

Persecuted religious and belief-based minority groups, such as Baha’is, Yaresan, Mandaeans, Darvishes, Christian converts, and atheists, are feared to face heightened levels of repression and persecution if the Bill passes in its current form. The wording of the proposed Article 500 bis particularly sparks fears for followers of the Baha’i faith who are persecuted on the basis of their religious beliefs, are often accused of proselytising the Baha’i faith and face charges such as ‘propaganda against the state’ and ‘membership of an illegal group’.

ARTICLE 19 is also alarmed that Article 500 bis is highly likely to be relied on to further prosecute individuals for following and exercising other beliefs, such as followers of Erfan-e Halgheh (Inter-Universalism). Generally described by the Iranian state as a ‘perverse sect’, followers of such spiritual groups often face accusations of ‘psychological domination’ and ‘indoctrination’ in order to corrupt the society.

The “Draft Bill for Admission of Articles to Book Five of the Islamic Penal Code (on Ta’ziratand Deterrent Punishments) with Regards to Insulting Legally-recognised Religions and Iranian Ethnicities” was initially introduced in December 2018 and was eventually passed by Parliament on 19 May 2020.  It was subsequently sent to the Guardian Council for its approval. On 15 June 2020, the Guardian Council returned the draft Bill to Parliament with a number of objections primarily relating to the ambiguities of terms and definitions.

[1] These articles referred to as “recurrent” articles – often marked as “bis” are provisions that are subsequently added to a piece of legislation without replacing the provision carrying the same number.