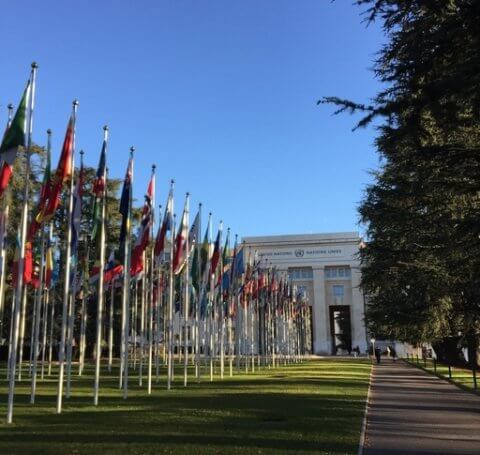 ARTICLE 19’s full statement during the interactive dialogue with the Working Group on Arbitrary Detention at the 45th Session of the Human Rights Council.

We thank the Working Group for their report and vital work. Across the world, arbitrary detention remains one of the greatest threats to the right to freedom of expression, commonly used to silence those who express dissent or political opposition or uncover government corruption.

In Cuba, there is ongoing repression of freedom of expression, including through arbitrary detention. Roberto Quiñones was arbitrarily detained in unacceptable conditions for one year for his legitimate journalism, including being subjected to cruel, inhumane and degrading treatment. While he was recently released, there has been no recognition of the egregious violations of his human rights. There can be no justice without remedy and redress.

In Turkey, the authorities routinely use arbitrary detention to silence dissent and opposition, at times releasing and immediately re-arresting journalists and civil society actors. After the European Court of Human Rights ruled that civil society leader Osman Kavala was being arbitrarily detained for political reasons, he was acquitted and then immediately re-arrested on baseless coup charges. Kavala has now spent more than 1,000 days in arbitrary detention. Similarly, when journalist Ahmet Altan was released pending appeal, he was re-arrested after just one week. Altan has been in jail for more than four years.

Turkey remains one of the world’s biggest jailers of journalists, with 89 currently in detention on terrorism or coup charges simply for conducting their vital work, including Nedim Turfent. They must all be released immediately.

We commend your focus on women deprived of their liberty. The use of arbitrary detention coupled with gendered manifestations of discrimination and violence to impair or nullify the human rights of women is deeply troubling.

In Mexico, Lydia Cacho faced arbitrary detention under severe forms gender-based violence, including sexual torture, as a reprisal for her investigative journalism. Over 15 years later, she remains in forced displacement and the authorities have made no efforts to bring the perpetrators to justice.

In Iran, provisions in the Penal Code on public morality, especially compulsory hijab laws, have been used to arbitrary arrest and detain many women for expressing their right to freedom of expression and religion or belief. Nasrin Sotoudeh, a renowned human rights defender, was sentenced to 38 years in prison and 148 lashes last year, including for her legal defence of women involved in protests against such laws.