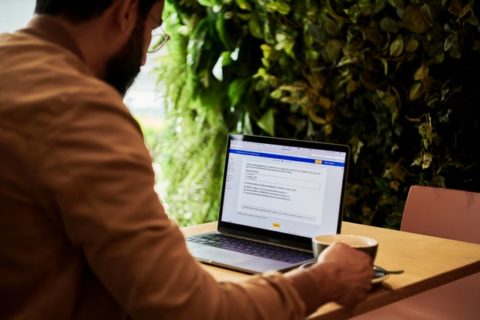 ARTICLE 19 alongside 35 others organisations and 6.126 individuals sent an open letter to European law makers to draw attention to alarming examples of platforms oppressing public interest research about how they influence public debate. We believe that the DSA is the perfect opportunity to stand up to this behaviour.

Large platforms continue to suppress public interest research by scientists, civil society watchdogs, and journalists. The heavy-handed actions by Facebook against New York University’s Ad Observatory1https://techcrunch.com/2021/08/04/facebook-ad-observatory-nyu-researchers is the latest high-profile example – but it also happens in the EU, as the case of AlgorithmWatch’s data donation project shows. It is time for legislators to step up. The DSA is the perfect opportunity to do just that.

We write to you in the middle of the ongoing legislative procedure on the Digital Services Act (DSA), proposed by the European Commission in December 2020. As 6.126 citizens and researchers, and 35 civil society and scientific organizations, we want to draw your
attention to the recent alarming examples of platforms oppressing public interest research about how they influence public debate. We ask you to use the opportunity the DSA offers and stand up to this behaviour.

Facebook – as one of the largest platforms – has repeatedly restricted researchers’ access to data, hindering public interest research not only in the United States but also in Europe: The watchdog organization AlgorithmWatch has recently been forced to shut down its Instagram monitoring project after threats from Facebook to escalate to “more formal engagement”.2https://algorithmwatch.org/en/instagram-research-shut-down-by-facebook Civil society organizations typically cannot risk going to court against a company valued at one trillion dollars, and Facebook’s reaction shows that any organization that attempts to shed light on one of its algorithms is under constant threat of being sued. Facebook clearly misuses its power to quash public interest research and therefore prevents an evidence-based debate about the impact platforms have on democratic processes and fundamental rights.

In your position as representatives of the European citizenry, we ask you to ensure that Terms of Service cannot be weaponized against individuals or organizations that attempt to hold large platforms to account. Financial power must not be the currency that governs our public sphere.

Holding platforms accountable requires having insight into relevant information on how they curate content and thereby influence public discourse. One of the key barriers to scrutinizing platforms precisely lies in researchers’ lack of access to relevant data. The DSA would overcome this barrier by requiring transparency on advertisement targeting criteria (Article 30), and by giving researchers access to platform data (Article 31). However, Article 31 should not limit such access to “vetted researchers” with academic affiliations but also explicitly mention other sources of public interest research: civil society organizations and journalists. We strongly urge you to uphold the provisions in the current negotiations of the act and make sure these researchers can continue to fulfil their key watchdog function.

As AlgorithmWatch’s story illustrates, we cannot simply rely on what platforms tell us they do. While the DSA foresees auditing mechanisms by both independent third-party auditors and regulators, it places strong emphasis on companies’ own risk-assessments and non-binding codes of conduct. We ask you to make sure that DSA auditing procedures are more than a box-ticking exercise.

Large platforms play a crucial role in society, influencing vital interactions from identitybuilding to voting choices. How they do this is largely unknown. Individuals must be empowered to be more autonomous in their use of social media platforms. Only by working towards more transparency can we ensure, as a society, that there is an evidence-based debate on their impact – which is a necessary step towards holding them accountable. Only if we understand how our public sphere is influenced by platforms’ algorithmic choices can we take measures towards ensuring they do not undermine individuals’ autonomy, freedom, and the collective good. We invite you to help us turning the DSA into an effective tool to do just that.

We thank you for your effort in keeping our public sphere healthy and resilient.

In the name of the 35 organizations and 6.126 individuals who signed this letter,

Individuals
The letter has been signed by 6.126 individuals, of which 3.888 are listed. 2.238 individuals chose to sign the letter anonymously.

PDF version of the open letter