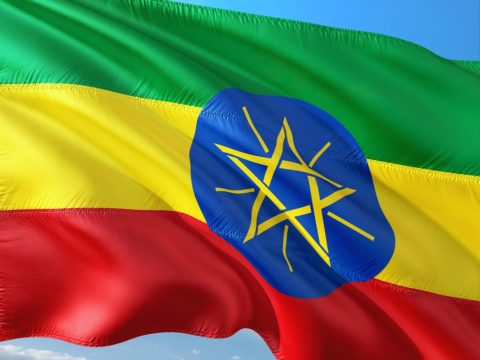 ARTICLE 19 Eastern Africa welcomes the restoration of Internet and phone services in the Kellem Wellega, West Wellega, and Horo Gudru Wellega zones, of the Oromia region in Ethiopia on 31 March 2020. Residents were unable to access Internet and phone services for close to three months, even after the first case of coronavirus was confirmed on 13 March 2020 in the country.

“The restoration of Internet and phone services comes as a great relief to millions of people who have been unable to access timely, factual and correct health information online about the global coronavirus pandemic,” said Mugambi Kiai, Regional Director at ARTICLE 19 Eastern Africa.

ARTICLE 19 Eastern Africa urges the Ethiopian government to cease its disturbing trend of imposing Internet and digital communications restrictions, including during national examinations and public protests, which continues to have a negative impact on the right to free expression and access to information.

In 2019, the government shut down the Internet eight times, leading Access Now to report that Ethiopia was one of the ‘worst internet shutdown offenders in 2019’.

These restrictions clearly contravene Article 29 of Ethiopia’s Constitution which explicitly protects the right of thought, opinion and expression and media freedom “without any interference.” Internet shutdowns affect freedom of expression and access to information disproportionately and contravene the legality, necessity and proportionality limitations set out under Article 19 (3), International Covenant on Civil and Political Rights, which Ethiopia has ratified.

“In the wake of this global health pandemic, it is imperative that governments refrain from imposing information blackouts, whilst simultaneously enforcing military and police operations, stay-at-home and curfew directives on the ground. The unfortunate impact in Ethiopia was a resulting lack of access not only to the Internet and to information, but also to basic services,” continued Mugambi Kiai.

The UN Human Rights Council, in its 2016 Resolution on the Promotion, Protection and Enjoyment of Human Rights on the Internet, resoundingly called on States to ‘refrain and cease imposing measures which intentionally prevent or disrupt access to or dissemination of information online” on grounds that these violate international human rights law.’

Following the conclusion of his December 2019 visit to Ethiopia, the United Nations Special Rapporteur on the Right to Freedom of Opinion and Expression, David Kaye, strongly urged the Ethiopian government to prioritize the right to access information by discontinuing Internet shutdowns. David Kaye stated that “Internet shutdowns have been widely condemned as disproportionate measures under international human rights law, and I am particularly concerned that such actions are undertaken without constraint under law or policy. I strongly urge the Government to discontinue the use of this tool.”

During the 3rd cycle of the Universal Period Review of Ethiopia, the government did not accept but noted the recommendation to “ensure that civil and political rights, particularly freedom of association and freedom of expression, are upheld, including by ending the practice of Internet shutdowns.”[1]

Worryingly, this Internet and phone services disruption was simultaneously accompanied by undue restrictions on online and offline freedom of expression, following the passage of Ethiopia’s Hate Speech and Disinformation Prevention and Suppression Proclamation (or Proclamation) on 13th February 2020.

ARTICLE 19 Eastern Africa calls for the revocation, in its entirety, of the Proclamation’s provisions, particularly those relating to content, given their violation of international human rights law and standards on freedom of expression.

All States must refrain from Internet and communication services disruptions and shutdowns, especially in the wake of the COVID-19 pandemic where citizens need access to critical health information.

[1]          163.218 Ensure that civil and political rights, particularly freedom of association and freedom of expression, are upheld, including by ending the practice of Internet shutdowns (Australia).