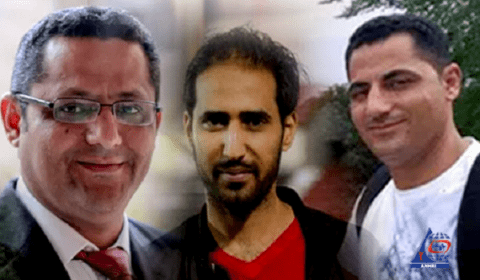 ARTICLE 19 calls on the Egyptian authorities to immediately release Kamal ElBalshy and end its harassment of his brother, Khaled Elbalshy for his work as founder and Editor-in-chief of the Daaarb news website, which regularly reports on human rights violations in Egypt.

Kamal was arrested on 20 September, and later charged with illegal assembly, membership of a banned group, spreading false news, and misusing social media. He has been detained since. Journalists and their families in Egypt are often detained as part of efforts to intimidate and silence them, and retaliate for reporting exposing human rights violations by the Egyptian state. Those detained are regularly subjected to torture and ill-treatment. Khaled Elbalshy has himself regularly reported on the terrible conditions faced by those detained simply for exercising their human rights.

Khaled, human rights defender and winner of the 2017 Individual Activist award of the Nelson Mandela – Graca Machel Innovation Awards, has been the target of a crackdown campaign for years. Both Albedaiah and Katib online newspapers of which he was editor-in-chief have been blocked by authorities. His new website Daaarb was shut down only one month after it was launched in 2020.

The government continues to seek retaliation against him and his family members for defending freedom of speech and independent media, and pushing back against journalists’ imprisonment when he headed the Journalists’ Syndicate Press Freedoms Committee and established the  Front to Defend Journalists and Freedoms, for which he was handed a prison sentence in 2016.

“The authorities’ efforts to silence Khaled Elbashy through the detention of his family members is a disturbing example of the lengths Egyptian authorities are willing to go to silence those exposing ongoing violations of human rights. Elbashy has done nothing but carry out his journalistic work and seek to keep the Egyptian public informed. These trumped up charges against his family members must be dropped, and we urge the immediate release of Kamal.”