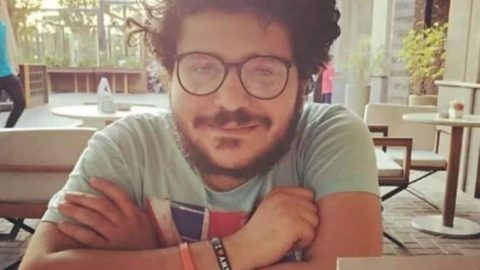 ARTICLE 19 is calling for the immediate release of Egyptian activist and researcher Patrick George Zaki, who was arrested at Cairo airport on Friday February 7, 2020. Zaki, a researcher at the University of Bologna, was returning to Egypt for a family visit.

According to the the Egyptian Initiative for Personal Rights (EIPR), Zaki was “beaten, subjected to electric shocks, threatened, and questioned about various issues related to his work and activism”. (1)

“We demand the immediate release of Patrick George Zaki, and an end to the harassment of human rights defenders in Egypt. We believe that Patrick’s detention is politically motivated because of his criticism of el-Sisi’s regime and his campaigning work on behalf of vulnerable groups in Egypt, whose fundamental rights are under attack.”

“Zaki’s arrest is part of the Egyptian authorities ongoing assault on protest and dissent. We call on the Government to protect its citizens rights and end its use of arrest and detention to silence its critics.”

Zaki has been an outspoken critic of Egyptian President Abdel Fattah el-Sisi’s brutal regime and has campaigned for the rights of women, Christians and the LGBTQ+ community in Egypt. In 2017, he became a gender and human rights researcher for the EIPR before leaving to study in Italy in 2019.

Zaki also campaigned for justice for Giulio Regeni, the Italian student who was brutally murdered in Cairo in 2016. It is widely believed that the Egyptian authorities are responsible for Regeni’s death but to date no one has been brought to justice for his murder.

A petition calling for Zaki’s release has been launched on Change.org.

There has been a targeted crackdown on dissent under President el-Sisi’s government.