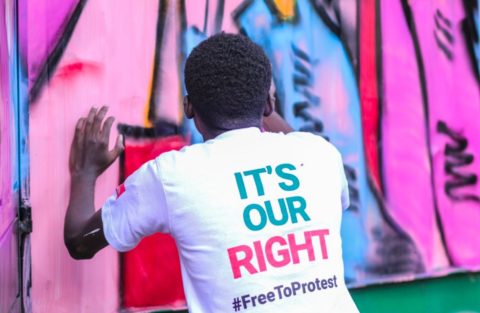 Today, ARTICLE 19 Eastern Africa publishes its annual report, which highlights many of the successes and challenges to freedom of expression in Eastern Africa in 2019.

“2019 has been a turbulent year for free speech. We have seen many incidents of violence by security forces, internet shutdowns, attacks on journalists and activists. Some countries introduced laws that were meant to silence civil society,” said Mugambi Kiai, Regional Director.

“But this year also showed how much resilience people in Eastern Africa have, and their determination to make themselves heard, in the streets and online. Governments can no longer ignore the people.”

Another positive development is that some Eastern African countries’ courts have pushed back against violations of freedom of expression. ARTICLE 19 was involved in successful legal challenges, such as against abortion restrictions and against a provision of the Kenya Information and Communication Act which restricted free speech.

The African Commission on Human and Peoples’ Rights continued to play a critical role in the ensuring freedom of expression. In November 2019, it approved the Declaration of Principles of Freedom of Expression and Access to Information in Africa, which expands freedom of expression protections online and strengthens the right to privacy and data protection.

“These principles are critical to ensure free speech and access to information in the challenging times we are currently living in. Many governments are using the Coronavirus outbreak as an opportunity to further entrench repressive measures. Increased surveillance, restrictions on free expression and information, and limits on public participation are becoming increasingly common.”

NOTES FOR THE EDITOR:

In Eastern Africa, the following trends are contributing to the erosion of freedom of expression:

ARTICLE 19 Eastern Africa works across the grassroots, national, regional, and international levels to engage with governments and ensure they respect, protect and fulfil freedom of expression.

In Kenya, ARTICLE 19 launched the campaign #FreeToProtest around every person’s constitutional right to protest. The organisation found that the right to protest is still undermined by restrictive legislation on public order, police brutality, and negative perceptions of protesters perpetuated by the mainstream media. People are targeted, prosecuted, and attacked by the police merely for exercising their democratic and constitutional rights.