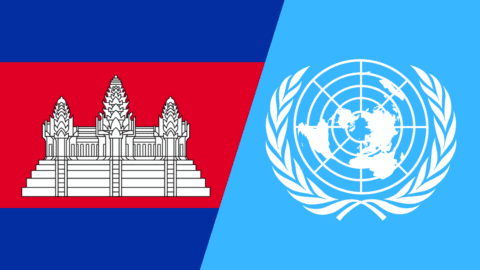 To Members and Observer States of the United Nations Human Rights Council,

The undersigned civil society organizations are writing to draw your attention to the ongoing human rights crisis in Cambodia and to call for your support at the upcoming 48th session of the UN Human Rights Council (the “Council”) to ensure that the resolution on Cambodia effectively reflects the significant deterioration of the human rights situation in the country and enhances the monitoring and reporting by the Office of the United Nations High Commissioner for Human Rights (OHCHR).

The human rights situation in Cambodia has continuously worsened since 2017, as the government-controlled courts dissolved the main opposition party, the Cambodia National Rescue Party (CNRP), and barred its co-founders, Sam Rainsy and Kem Sokha and more than a hundred CNRP politicians from politics, while replacing over 5,000 locally elected officials with members of the ruling Cambodian People’s Party (CPP).

The situation has further deteriorated since the last Human Rights Council resolution on Cambodia was adopted in September 2019. Judicial harassment against opposition members has sharply increased, including through the conduct of mass trials against them in more recent months. Human rights defenders, activists, independent media and media workers, and trade unionists have continued to be relentlessly persecuted through judicial harassment and legal action. Environmental human rights defenders and youth activists have specifically been targeted: recently, six members[1] of Mother Nature – a grassroots environmental group – were detained under serious charges including “plotting” to overthrow the government and face up to 10 years in prison. A highly politicized judicial system renders the prospect of fair trials for those deemed a threat to the interests of the government virtually non-existent.

The government has used the Covid-19 pandemic as an excuse to significantly expand its powers through an over-broad and vague state of emergency law[2]; a similarly broad Covid-19 law that allows for up to 20-year prison sentences for violations of Covid-19 measures; and the selective prosecution of political opponents who criticized the government’s Covid-19 efforts. The government also failed to protect human rights in its Covid-19 response. The government’s lockdowns were imposed without ensuring access to adequate food, medical, and other humanitarian assistance, and authorities took insufficient steps to prevent major Covid-19 outbreaks among the prison population in a penal system plagued by chronic overcrowding.

Laws are routinely misused in Cambodia to restrict human rights, undermine and weaken civil society, and criminalize individuals for exercising their rights to freedom of expression, peaceful assembly and association.  The authorities continue to adopt repressive legislation, with complete lack of oversight. In the past year, the government has taken drastic measures to further increase online surveillance, clamp down on freedom of expression online and erode privacy rights. In February 2021, the authorities adopted the “Sub-decree on the Establishment of a National Internet Gateway” which aims at forcing all web traffic and internet connections through government controlled and monitored gateways by February 2022. The pending “Draft Law on Cybercrime” and the “Draft Law on Public Order” would provide further tools to criminalize freedom of expression or behaviors in the digital, print, and public spaces, in addition to legislation already denounced by the Special Rapporteur on the human rights situation in Cambodia and other UN Special Procedures.[3]

Noting the announcement of Commune Council elections to be on June 5, 2022, we are deeply concerned that there has been no meaningful progress to restore human rights.

The Council has a critical role to play in addressing the ongoing human rights crisis in Cambodia. It is imperative that the Council takes robust action with regard to the government’s escalating repression by sending a strong signal at its 48th session – the last opportunity within the context of the biennial Human Rights Council resolution to address the human rights crisis in Cambodia before the Commune Council elections in 2022 and the National Assembly elections in 2023. For this reason, our organizations urge the Human Rights Council to:

We further urge your government, during the 48th session of the Human Rights Council, to speak out clearly against ongoing violations in Cambodia.

We remain at your disposal for any further information.

[1]  In May 2021, the authorities convicted and sentenced three Mother Nature activists to 18 and 20 months in prison. Two others were convicted in absentia.

In June 2021, the authorities arrested four Mother Nature activists, released one, and maintained the other three in pre-trial detention.