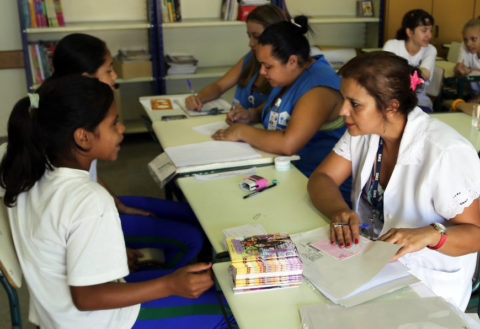 Brazil is failing its commitments to the fulfil the United Nations Sustainable Development Goals (SDGs), a coalition of civil society groups have revealed.

Analysis of government data by 106 experts on the fulfilment of the 2030 Agenda for Sustainable Development demonstrates more than 80% of goals are experiencing setbacks, are at a standstill, or are under threat.

As the international community gathered for the United Nations High Level Political Forum 2021 (HLPF 2021) to monitor and review progress on the 17 Sustainable Development Goals (SDGs), 106 experts, including from ARTICLE 19 Brazil, have identified that Brazil has not reached 80% of the goals it intended to, and in fact regressed in many areas. Goals to address poverty, food security, health, education, gender, equality, economics and the environment are not being met.

The high-level forum on SDGs began on 6 July and will continue until 15 July.

ARTICLE 19 Brazil’s report [in Portuguese and English] was published out on 13 July, the fifth edition of the Civil Society’s Spotlight on the 2030 Agenda. The report analyses official data produced by the Brazilian government, and follows a public National Congress hearing that took place on 12 July and was transmitted simultaneously by e-Democracy and on the official channels of the Chamber of Deputies.

The Civil Society Working Group for the 2030 Agenda (WG 2030 Agenda), a coalition of 57 organisations and forums from across Brazil, authored the report, with contributions from 106 experts from diverse backgrounds. It is the only publication in Brazil providing a holistic overview of the progress on implementation of the 17 SDGs; the last Voluntary National Report presented to the HLPF by the Brazilian government was in 2017.

“Official data is appalling and shows a Brazil increasingly distant from sustainable development, violating its constitutional principles, violating rights and dismantling policy fundamental for overcoming the structural inequalities that mar the country, further aggravated now due to crises of governance and the pandemic. The outlook is dire and the consequence of what is happening now will be felt for a long time”, said Alessandra Nilo, co-facilitator of the WG 2030 Agenda and general coordinator of the Gestos — Soropositividade, Comunicação e Gênero NGO, an organisation that supports communities vulnerable to HIV/AIDS and sexually transmitted diseases.

Even in the severe context of the pandemic, key goals experienced a setback, including healthcare. As much as R$ 22.8 billion of the Unified Health System (SUS) 2020 budget went unused at a time when these resources were needed to increase the number of vaccines, to provide intubation kits, PFF2 masks, beds and other necessary supplies.

“A national lack of preparedness to deal with health emergencies was highlighted by this pandemic,” said Denise Dora, executive director of ARTICLE 19 Brazil.”There was a lack of transparency and communication from the Federal Government and other federal entities and the National Immunization Program (PNI) was disrupted”.

The first edition of the Civil Society Spotlight Report on the 2030 Agenda in Brazil was published in 2017. It attempts, through data collection and analysis, to answer how indicators of the 2030 Agenda goals are being measured in the Brazilian context, based on the available official data. In cases where there was no official data available, studies by civil society, or academic research catalogued in the SciELO library or Portal Capes were used, observing criterias of historic data and consolidated methodology.

The national launch can also be accessed