Attacks against communicators, threats to protest rights, and challenges to the right to information and privacy are among the biggest free expression concerns in Brazil. Attacks against and killings of communicators reporting on controversial issues are often met with impunity, particularly for the powerful ‘masterminds’ of attacks.  Criminalisation of the right to protest has also been on the increase over the past few years, through negative legal decisions in cases related to the right to protest, and the proposal of restrictive laws that seek to curb protests. Police brutality against protestors and communicators who cover protests has also become a worryingly regular occurrence.

In 2012, a new Access to Information Law was approved, but the challenge now is to promote implementation of the law by public bodies. Access to information on sensitive issues is still a problem, as information may not be produced – examples of problematic areas are information on national and public security, on environmental issues (extractives, etc), and on violence against women. For free expression in the online sphere, there have been several bills proposed that threaten privacy and other rights online, and will have a damaging effect on free expression.

ARTICLE 19 in Brazil works to monitor violations against communicators and advocates for protection measures, as well as providing legal support to journalists at risk. We provide legal opinions for cases related to protest rights, and provide legal analyses on laws threatening free expression.  We report on the compliance of public bodies with their access to information obligations and engage in workshops and training for community broadcasters and community internet providers, to broaden access to information, particularly in rural and remote communities. 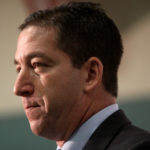 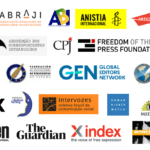 Brazil: Report on violations against freedom of expression in 2018 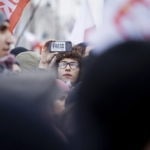 World Press Freedom Day 2019: We have the tools to protect press freedom. We need the will.

Brazil: Report shows journalists and communicators are killed with impunity

The cycle of silence: Impunity in murders of communicators in Brazil

Brazil: ARTICLE 19 urges all public authorities in Brazil to protect and defend freedom of expression and human rights