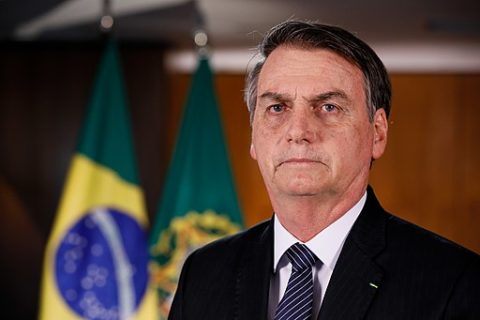 ARTICLE 19 Brazil and other human rights organisations have condemned Jair Bolsonaro’s threat to punch a reporter in the face and expressed solidarity with the threatened reporter. The episode happened on Sunday 23 August at the Metropolitan Cathedral in Brasilia. President Bolsonaro, when questioned about allegations of family corruption, replied to the reporter: “I feel like punching you in your mouth, okay?”.

Bolsonaro’s reaction to a direct question was not only incompatible with the position he holds but also with the living rules of a democratic society. Having a president who threatens to physically attack a journalist is a feature of a dictatorship, not a democracy.

This threat, however, is not the first. It adds to a very hostile history of aggressions towards journalists, posing a new level of brutality. Since his mandate began, in January 2019, Jair Bolsonaro has shown contempt for the independent media in Brazil. Journalists who have  the president about the federal government’s actions and corruption allegations, have been subjected to  frequent verbal aggressions. Such behaviour is unacceptable from a president and should be condemned by all institutions and citizens committed to Brazil’s progress.