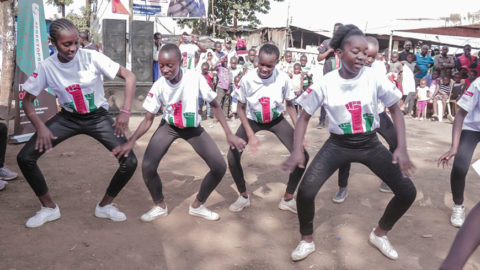 Recently in Kenya we have witnessed an increase in threats, harsh treatment, arrests and detention, as well as police brutality against individuals exercising their constitutionally guaranteed right to protest. In some cases, the police response, including use of live ammunition, has resulted in serious injuries, and in extreme cases, fatalities.

For instance, in January 2021 at least four Kenyan activists were arrested  as they assembled to speak against the human rights violations witnessed during the election period in Uganda. Police used teargas to disperse the assembly and beat and injured several of the protesters. Three of them were charged for unlawful assembly, although the charges were later dropped.

This trend of excessive use of force on protesters points to a quickly shrinking civic space courtesy of a government with no regard for the right to assembly enshrined in the constitution of Kenya. Such incidents, coupled with the failure of the government to conduct independent investigations with regards to such violations, indicate a normalisation of censorship and a continuing crackdown on dissent.

Unfortunately, protests, since time immemorial, have been viewed as a nuisance and a threat to be quashed as opposed to an avenue for people to express themselves and actively participate in governance processes.

From our media monitoring of protests in Kenya, we noted that Kenyans often take to the streets to protest against a wide range of issues that affect them on a daily basis such as corruption and social justice among others. Additionally, Kenyans who regularly protest are well informed about their rights and the appropriate measures prescribed by law with regard to exercising this right.

However, despite having robust legal mechanisms in place to protect the right to protest, protesters are often met with excessive use of force and weapons by the police even when they comply with relevant regulations.

In 2020, active individuals and groups organised at least 109 protests in Kenya. While the protests were conducted in compliance with the law, we identified at least 9 deaths that were directly attributable to police action during protest and at least 113 people unlawfully arrested, up from 100 arrests and 1 death in 2019.

A survey carried out by ARTICLE 19 on the public perception of protests and protesters indicated that overwhelmingly, the response of police to protests, together with sensationalist reporting by some parts of the media led to endemic stigmatisation of protest and protesters. Findings revealed that most Kenyans fear exercising their right to protest because of the prevailing perception that protest is associated with violence.

At the same time, the stigma attached to protest coupled with the exponential growth in the use of the Internet and other communication tools, especially during the COVID-19 containment period, has somewhat forced people to rethink the avenues available to them to freely express themselves.

The right to freedom of assembly is guaranteed both offline and online and to this effect we have witnessed the resurgence of art and “artivism” as both an alternative and complement to physical street marches, where citizens can freely and effectively express themselves, as well as exercise their right to protest, albeit virtually. Youth initiatives such as Tribeless youth are using art, music and creativity as a way of freely expressing themselves and strategically pushing back against the shrinking civic space, while also actively enhancing participation in governance.

It is now commonplace for Kenyans to utilise online platforms whilst featuring artistic innovation as key advocacy tools. Social media movements such as Kenyans on Twitter (KOT) Tekeleza Katiba among others lead conversations on diverse topics such as governance, social justice, and political accountability among others.

For instance, at the height of the COVID 19 outbreak in Kenya in August 2020, local media uncovered evidence of misuse of resources meant for the management of the COVID 19 pandemic across the country. As a result, Kenyans organised protests calling for authorities to investigate the allegations. However, law enforcement quickly dispersed them and arrested at least five people. Kenyans across the country refused to back down and went onto Twitter to great effect — not only contributing to the release of their colleagues but also pressuring relevant bodies to open investigations into the alleged misuse of funds. All of this was the outcome of leveraging on the freedoms of expression, association and assembly guaranteed not only offline but also online to bring about positive social change.

Artistic innovation has created moving and memorable experiences that has prompted people to question the world as it is. This type of activism ultimately works well in repressive regimes where overt protest is crushed but artistic practices are tolerated.

It is for this reason that ARTICLE 19 through the #FreeToProtest campaign, has incorporated artivism into its work to bring about social change, organising community dialogues, concerts and webinars across the country in areas most affected by violations against protesters. These artistic interventions have had enormous impact and there is hope that it could have lasting impact.