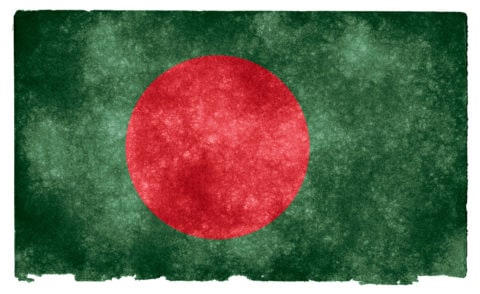 Freedom of expression is being stifled and there are serious obstacles preventing the functioning of independent media in Bangladesh, ARTICLE 19 Bangladesh and South Asia’s annual report on Violation of Freedom of Expression in Bangladesh 2020 highlights.

On the eve of World Press Freedom Day, ARTICLE 19 made the findings of the 2020 report public, highlighting that in 2020, two journalists and one media worker were killed, and three journalists were abducted in Bangladesh.

“There is a long road ahead to ensure the protection, safety, and welfare of journalists in Bangladesh, to protect our freedom of expression and right to information,” said Faruq Faisal, regional director of ARTICLE 19 Bangladesh and South Asia. “ARTICLE 19 expresses serious concerns about the rising numbers of cases against journalists and online communicators under the Digital Security Act (DSA) and overall lack of security and protection of journalists and online activists and media workers. We condemn the increasing impunity to the perpetrators in cases of attacks against journalists. Free and open media is an important aspect of a democracy”.

According to the report about 16.32% attacks were physical assaults where 11 persons sustained grievous injuries and 92 persons suffered minor injuries and 47 (7.45%) persons received threats.

71.95% attacks were legal harassments, where journalists and other communicators were implicated in various criminal cases for speaking out or expressing their views online, of which 11 were criminal defamation cases, 410 were criminalisation of online expressions and 29 were various other vexatious cases having little or no merits, and in 4 cases communicators were subjected to contempt of court proceedings for being vocal on social media.

The report finds that almost all the attacks against journalists were due to publication of news or reports or while they were performing their jobs as public watchdogs against corruptions, irregularities of government officials or local criminal groups.

It also finds worrying patters of unwarranted application of law, especially unfettered use of DSA cases by state actors or cadres of the ruling party implicating 312 instance, unlawful arrest, detention and torture of journalists because of expressing dissenting views.

A staggering number of 1600 journalists lost their jobs in 2020 due to closure and loss of income of media outlets during the COVID19 pandemic and the journalists and media industry is still trying to cope with this financial burden of the pandemic one year on. Women journalists, suffer the most burden when it comes to job security and additionally the dangers and risks being in the media profession, due to inadequate safety and protection measures.

The right to access to information is imperative to freedom of thought, conscience, and expression. With the COVID-19 ranging on and the country experiences the second wave, access to life-saving information becomes crucial.

World Press Freedom Day helps us reflect among media professionals and journalists about issues of press freedom and professional ethics. Journalists and media are an important tool to relay information and help the masses engage in public discourse, being the fourth estate in democracy. However, the world is becoming a more hostile place for journalists.

On the occasion of World Press Freedom Day, ARTICLE 19 reflects on the hardship many journalists face, yet still is resilient to provide us with news and information that is critical to our daily lives which helps us exercise our fundamental rights.

ARTICLE 19 Bangladesh and South Asia has been publishing annual reports on freedom of expression in Bangladesh since 2013. The rights body started its operations in South Asia and Bangladesh in 2008.