In December 2016, Gambians voted in a new era, electing President Adama Barrow as leader after two decades of repressive rule by former President Yahya Jammeh. Over this repressive period, human rights abuses and violence had silenced influential and critical voices and led to the exile of human rights defenders, media professionals and many citizens. This also intimidated into silence many others who shared their views, excluding them from public debate and from influencing decisions that have a profound effect on their everyday lives. As a result of this, despite recent changes, the Gambia lacks the open civic space and flourishing civil society needed to enable free expression.

The new administration has already taken steps to release political prisoners, but the reform of laws restricting media and free expression is urgently needed to build a stable democracy where rights are protected. The government has so far approved a bill to set up a Truth, Reconciliation and Reparation Commission to address past human rights violations and to undertake important reforms of laws. It also approved the agenda for the reforms of policies to strengthen democracy and repeal old laws that stifle expression. There is also a constitutional review process which is starting in the coming months and the indications are that the government is committed to an open and inclusive process.

We are working with local human rights groups to complement these efforts, to bring accountability on human rights violations, build civil society capacity and strengthen reforms. We are working with the Attorney General and Ministry of Justice, as well as the Ministry of Information and Communication Infrastructure (MOICI), to support the reform agenda during the transition. 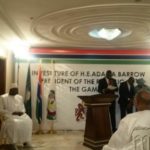 Gambia: Opposition leader Ousainou Darboe and 18 others released on bail

Gambia: referral to AU Executive Council a step in the right direction

The Gambia: the African Commission must put a stop to the crackdown on Freedom of Expression and Assembly ahead of Presidential Elections 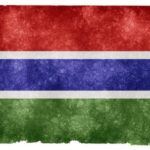 Gambia: Death of Ebrima Solo Sandeng must be investigated and protesters released 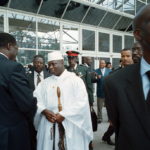