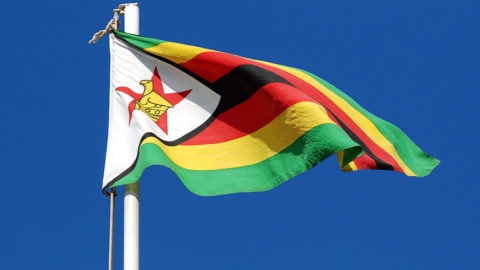 In a joint submission to the United Nations Human Rights Council for the Universal Periodic Review ( UPR) of Zimbabwe, ARTICLE 19 Eastern Africa and Gender Media Connect Zimbabwe submitted a joint report assessing Zimbabwe’s compliance with its international human rights obligations. Covering the period between November 2016 to July 2021. The report examines progress against previously accepted recommendations relating to the right to freedom of expression and information and freedom of peaceful assembly and association.

The report highlights that despite promised reforms by President Mnangagwa Emmerson after he took over from President Robert Mugabe in November 2019, his regime has been characterised by State instigated human rights violations. These have included harassment, abductions and incarceration of journalists, opposition politicians and human rights defenders. The impact of these violations has been compounded by the COVID-19 pandemic where some emergency regulations meant to mitigate the pandemic have severely affected freedom of expression, information and association.

Compliance with Human Rights Standards and the Constitution

“There is a pressing need for the government of Zimbabwe to align the Freedom to Information Act, the Maintenance of Peace and Order Act and the Cyber Security and Data Protection Bill, as well as some provisions of the Criminal Law and (Codification and Reform) Act  with international standards to ensure the attainment of freedom of expression, media freedom and the right to peaceful demonstration and assembly,” said Mugambi Kiai, Regional Director of ARTICLE 19 Eastern Africa.

The report identifies key areas of concern regarding the human rights situation in Zimbabwe. It notes that the Constitution of Zimbabwe under Section 61 guarantees protection of the freedom of expression. However, the absence of statutory laws that give effect to the relevant constitutional provisions impedes the realization of the rights. Other laws such as The Criminal Law (Codification and Reform) Act and Freedom of Information Act continue to directly undermine the right to freedom of expression. For instance, Section 33 of The Criminal Law (Codification and Reform) Act, criminalises expressions that undermine the authority of or insults the President. Under international law, public officials must tolerate a greater degree of criticism than ordinary citizens. The institution of criminal proceedings against individuals for criticizing public officials, and raising issues of public interest, which is normally interpreted by governments’ as undermining authority, is a violation of the right to free expression. It is further observed that there is a continuing challenge of bias within State-owned media through over-regulation of the Broadcasting Authority of Zimbabwe and the Zimbabwe Media Commission (ZMC), which is discriminatory against independent media.  All state-run media and independent media outlets should be free to determine the editorial content of their broadcasts and publish dissenting views and opinions, regardless of political or commercial interests.

“Despite the promising strides made in the media and freedom of expression landscape over the past four years, Zimbabwe is still struggling with gendered inequalities and inequities particularly within the media sector. There is an urgent need for gender-sensitive policy frameworks to facilitate increased women’s  participation in and access to media,” said Abigail Gamanya the National Director, Gender Media Connect-Zimbabwe.

Online Expression and the Safety of Journalists

Zimbabwe interfered with online expression and privacy by imposing an internet shutdown during the January 2019 protests that challenged the outcome of the presidential elections due to poll irregularities. The High Court ordered the service providers to resume services to subscribers following an urgent court application by Media Institute for Southern Africa (MISA-Zimbabwe) and the Zimbabwe Lawyers for Human Rights.

The safety and security of journalists remain a cause for concern in the country with eight assaults recorded in 2017 and 14 in 2018; 12 in 2019 and 7 in 2020. In some instances, security forces punished family members for offences allegedly committed by their journalist relatives. For example, on 29 July 2020 police searched the Bulawayo home Mduduzi Mathuthu,  the editor of the news site ZimLive.com, for information linked to protests that were scheduled for 31 July. Mathuthu was not at home when police arrived and was reportedly in hiding. His sister, Nomagugu Mathuthu was reportedly taken to Bulawayo Central Police Station and only released on  30 July. However, on the same day, Mathuthu’s nephew, Tawanda Muchehiwa was arrested and reportedly only taken back to his residence the following day, 1 August. He was reportedly badly beaten by individuals suspected of being state security agents. Mduduzi Mathuthu is no longer in hiding and continues to do his work as editor of ZimLive.

The Right to Protest and Enforced Disappearances

In the period between November 2017 and July 2021, law enforcement and military officials used excessive force against protesters and carried out multiple cases of arbitrary arrests under the aegis of the Maintenance of Peace and Order Act (MOPA). The Act increases the scope of government powers by giving the police regulatory powers over assemblies beyond what is strictly necessary and this restricts the exercise of fundamental freedoms of assembly and expression.

The law further allows for use of force by security agencies in maintaining public order with relatively little discretion and no accountability. This gives leeway for abuse by respective law enforcement officers, as evidenced in the excessive use of force, deployment of the army against protesters, arbitrary arrests and unfair application of the law during the August 2018 protests against the delay in the announcements of the election results. The police and army used excessive force against protestors leaving six people dead. In mid-January 2019 police used violence to quell protests against fuel increases,  with human rights groups reporting 17 people dead, and at least 17 women raped, allegedly by law enforcement officers.

ARTICLE 19 and Gender & Media Connect Zimbabwe noted that in the period under review, there were several cases of politically motivated violence and alleged enforced disappearances that are yet to be fully investigated and resolved. This includes the alleged abductions of Dr Peter Magombey, the MDC Alliance trio of Joanna Mamombe, Cecilia Chimbiri and Netsai Marova and comedian Samantha Kureya who were later found. Investigations into their alleged abductions have not been concluded or made public.

Premised on this background, ARTICLE 19 Eastern Africa and Gender & Media Connect Zimbabwe observed that there was a need to expedite implementation of the 2013 Constitution through aligning all the remaining domestic laws with the Constitution. There is also a need for the  Amendment of the Criminal Law (Codification and Reform) Act to fully align it with international standards on the right to freedom of expression.  The undersigned organizations are subsequently making a clarion call for the independence of all media, both State-run and independent, in determining the editorial content of their broadcast pursuant to Zimbabwe’s commitment under the 2013 constitution. Furthermore, the state is called upon to conduct impartial, prompt, thorough, independent and effective investigations into attacks, violence against journalists and enforced disappearances by public officials. The state should further ensure perpetrators are brought to justice.

ARTICLE 19 Eastern Africa and Gender & Media Connect Zimbabwe call on all UN member states, in line with the recommendations provided in our joint submission, to meaningfully and effectively engage with the government of Zimbabwe at the 40th Session of the UPR Working Group in January 2022.