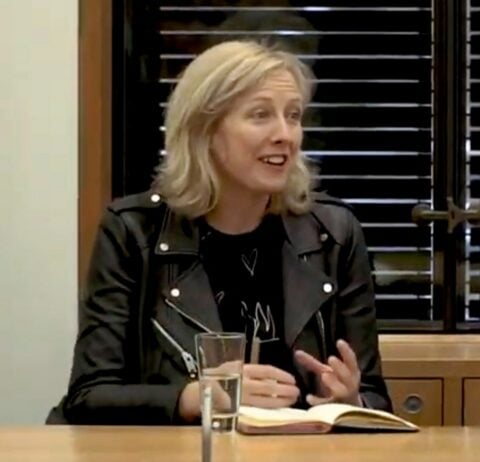 The undersigned organisations reiterate their support for award-winning journalist and author, Carole Cadwalladr, who is facing a week-long defamation trial in London this week. Cadwalladr, who works for the Guardian Media Group in the UK, is being sued as an individual by millionaire businessman and political donor Arron Banks, best known for his role as co-founder of the 2016 Brexit campaign Leave. EU.

Banks originally filed four claims against Cadwalladr in July 2019, two of which he dropped in January 2020 after the judge found them to be “far-fetched and divorced from the specific context in which those words were used”. The remaining claims relate to Cadwalladr’s 2019 TED Talk, “Facebook’s Role in Brexit – and the Threat to Democracy” and a Twitter post linking to the TED Talk.

“When this lawsuit was filed more than two years ago, several organisations came together to call this legal action out as a strategic lawsuit against public participation (SLAPP), aimed at intimidating and silencing Cadwalladr. We today reaffirm this characterisation and unreservedly reiterate our support for Cadwalladr as she continues to defend her public interest work,” the organisations said.

SLAPPs abuse the law in order to intimidate and silence public watchdogs from speaking out on matters of public interest. Banks is pursuing legal action against Cadwalladr as an individual, rather than pursuing her media outlet in which the contested claims were originally made. Due to the expensive nature of the process in England, Cadwalladr has had to raise funds for her legal defence through crowdfunding. She has so far raised more than half a million pounds.

“We, once again, urge the UK government to consider measures, including legislative reforms, that would protect journalists and others working in the public interest from being subject to abusive legal actions intended to stifle public debate,” the organisations concluded. “Our democracy relies on the ability to hold power to account.”

Representatives from several of the undersigned organisations will be in attendance at the High Court this week to monitor proceedings.

Campaign for Freedom of Information in Scotland (CFoIS)