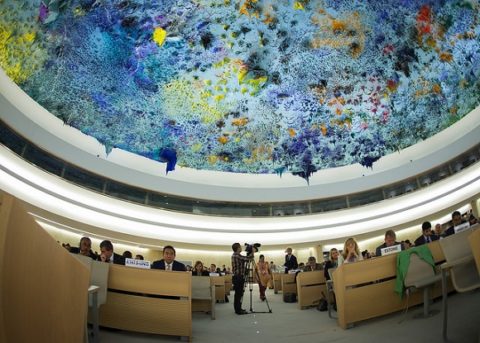 ARTICLE 19 welcomes the report by the Special Rapporteur on extrajudicial, summary or arbitrary executions on his recent country visit to the Gambia. We echo the Special Rapporteur’s findings that state-led violence is part of a broad apparatus of repression that makes the exercise of free expression near impossible.

The Gambia’s denial of access for the Special Rapporteur to detention centres, where political prisoners have been tortured, is indicative of its lack of engagement with the UN as well as regional human rights mechanisms. In the past 20 years, Gambia has not submitted reports on the implementation of the African Charter on Human and People’s Rights, with 10 reports now overdue and has not authorised the ACHPR’ visits for fact finding or promotional mission

The systematic targeting of human rights defenders, civil society and journalists by the national intelligence agency, including extrajudicial executions, arbitrary arrests, and torture, sustains a climate of fear.

The Court of Justice of the Economic Community of West African States (ECOWAS) has called on the Gambia to ensure accountability for the killing of Deyda Hydara, editor of The Point Newspaper and former president of the Gambia Press Union, and the disappearance of journalist Ebrima Manneh. The Government has failed to comply with these decisions, showing complete disregard for international human rights law.

The continued persecutions of journalists has forced more than hundred media practitioners to leave the country.  On 3 June 2015, Mafugi Ceesay, a reporter for the Voice Newspaper, was assaulted and threatened by security forces for not presenting clearance for reporting on a Presidential tour.

We note the recent acquittal and release of blogger and prominent youth activist Sait Matty Jaw, who faced spurious charges aimed to silence him. However, the government is appealing this acquittal, demonstrating that this rare independent voice is still under threat.

Repression of human rights defenders, including journalists, is encouraged by a legal apparatus that outlaws dissent. We reiterate the Special Rapporteur’s call, echoed by recommendations at Gambia’s UPR, to repeal the offence of “Sedition” in the Criminal Code, as well as the offences of criminal libel and the dissemination of “false information”. The Information and Communication Act of 2013 creates new offences to extend censorship to online expression, and must be repealed.

Constitutional powers to use force against protests, together with restrictive public order legislation on assemblies and legalised indemnity for law enforcement officers, means that protests rarely happen in the Gambia.

Brutally enforced secrecy inhibits calls for accountability; families of those killed in the attempted coup of December 2014 have not had bodies returned to them, and families of the nine people arbitrarily executed in August 2012 do not know where their graves are. Family members of persons accused of the attempted coup d’Etat are held incommunicado since early January, this include a child, women and elderly people.

We ask the Special Rapporteur what this Council can do to encourage, support and complement follow up to ACHPR Resolution No. 299, which authorised a fact-finding mission on the situation of human rights in the Gambia.