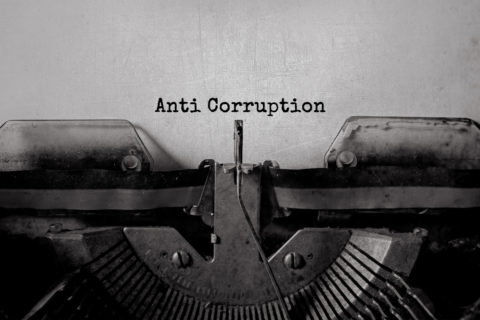 The United Nations General Assembly first Special Session on Corruption (UNGASS), which started on 2 June and runs to 4 June, is an opportunity to reaffirm commitments to strengthen and enable democracy, the rule of law, and human rights.

ARTICLE 19 welcomes the three-day session and the key opportunity it presents to civil society to assert its active role in the battle against corruption and for countries to make strong commitments.

The Special Session follows the preparation of a high-level declaration submitted on 7 May 2021 and adopted on 2 June.

“UNGASS represents an important juncture: it’s a key moment for countries to demonstrate their commitment to fighting corruption, and to acknowledge the direct links between transparency and human rights,” said David Banisar, ARTICLE 19’s Senior Legal Counsel and Head of Transparency. “In particular, ARTICLE 19 welcomes the resolution’s inclusion of new commitments on access to information and the protection of journalists and civil society organisations. But it’s important that the session leads to stronger and more effective anti-corruption strategies, and that access to information, freedom of expression, and protection of journalists and activists are at the core of these efforts.”

During UNGASS, delegates from the signatory countries will set out ways to strengthen their joint work, sharing best practices and identifying where efforts to combat corruption can be strengthened and improved.

The Resolution adopted by the session advances on a number of issues, including promoting public access to information, protection of journalists and civil society groups investigating and revealing corruption, as well as promoting whistleblowing.

The Resolution commits that states will “respect, promote and protect the freedom to seek, receive, disseminate and publish information concerning corruption, and ensure that the public has effective access to information” as well as “to increasing the transparency of decision-making processes” and “designating and enhancing bodies responsible for facilitating access to information, as well as through the use of digital tools, open data and Internet-based portals to help make information more accessible.”

Public finances and public procurement processes have also been improved, indicating a move towards “strengthen[ing] data collection systems and open databases that are accessible and user-friendly”. Asset declarations of public officials are also encouraging, as is the emphasis on supporting resilient and transparent electoral systems, including by ensuring there is transparency about how candidates are funded.

Must go further on transparency

However, while some progress has been made in the fight against corruption, and joint efforts have become more effective and efficient, the Resolution fails to go far enough on corporate transparency, specifically when it comes to beneficial ownership. It does not clearly call for public national registers, which is the standard the European Union and many nations have already adopted.

The Panama Papers provides a clear example of how important public access to this information is in fighting corruption. The massive leak of 11.5 million financial and legal documents exposed a vast network of offshore tax havens involving public officials and politicians from countries around the world. The reporting that followed the leak led to multiple prosecutions and resignations.

On protection of journalists, the Resolution gives a new commitment for states “to provide a safe and adequate environment to journalists” and “investigate, prosecute and punish threats and acts of violence, falling within our jurisdiction, committed against them” that had not been previously recognised in the UNCAC.  It also commits to providing “a safe and enabling environment to those who expose, report and fight corruption” and to ensure CSOs are able “to operate independently and without fear of reprisal”.

A total of 187 countries have now signed up to the United Nations Convention against Corruption, but there is much more work to be done. Countries and their leaders must put tackling corruption at the heart of their policies, and civil society must continue to pressure them to do so.