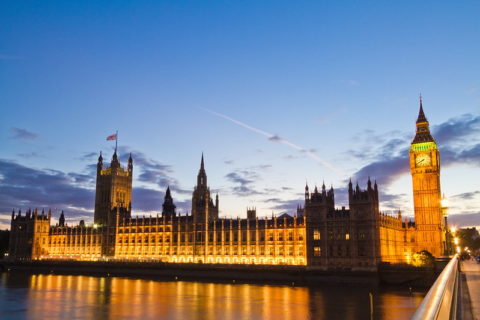 As the UK heads to the polls tomorrow, the country’s electoral rules require traditional media, including radio, TV and news websites, to stop reporting on political campaigning, in order to prevent any unfair influence on the outcome of the election. But social media is not subject to the same restriction. Given that social media platforms have been one of the noisiest battlegrounds for campaigning in this year’s election, are election day silent periods useful or fair in the digital age?

Silent periods, or blackouts, aim to ensure impartial political coverage and prevent interference in election results. They typically include a ban on reporting polls and projections immediately before and during voting.

Their value is disputed. Some argue that blackouts restrict political speech and therefore infringe freedom of expression in the critical period before and during polling. Others see them as an important way of quieting down the cycle of media coverage, and providing voters with a space for reflection ahead of the vote. But as the role of social media in political debate grows, silent periods which only apply to traditional media are outdated, or even redundant.

In a 2018 Eurobarometer survey, 79% of UK respondents said they were in favour of applying the same rules that apply to traditional media in a pre-election period to online social media networks and platforms. In particular, 75% of the respondents were in favour of enforcing silent periods online.

However, experience from other countries suggests that it is nearly impossible to enforce silent periods online, given the ease and speed at which information can be shared. Placing limits on media outlets can create a vacuum filled by less credible sources.

What are the UK rules?

In the UK, the ban will run from 12:30am until 10pm on Thursday, 12 December. All broadcasters, including their online outlets, must stop reporting on campaign issues, poll results, and individual candidates until the polls close. They are not, however, required to take down previously posted information from their websites or social media profiles. Journalists must also be careful not to comment from their social media accounts. Campaigning on election day is allowed, although there are limits close to polling stations.

The Office of Communications (Ofcom) is able to find breaches of the rules by broadcasters, including by foreign digital satellite channels if they are licensed to broadcast in the UK. For example, Fox News originates in the USA but is licensed by Ofcom to broadcast in the UK on the digital satellite platform. In 2016, Ofcom found that Fox News breached the rules during the Brexit referendum by airing commentary on the impact of leaving the EU, even though the programme was directed at an American audience. Russia Today, which is produced in Russia, has also been found in breach of the rules through its election coverage.

Other countries have already taken their silence periods online, with mixed results. France, for example, has extended its 32-hour pre-election black-out to the Internet and social media, but it is openly flouted by users and foreign media. In the 2017 presidential election, a leak of Macron’s campaign materials immediately prior to the election meant that traditional media were unable to report or comment on the leak, while there was extensive online commentary rife with misinformation.

Silent periods have also been considered for online political advertising. The UK currently bans ‘political advertisements’ from TV or radio; parties are instead given limited airtime for party political broadcasts. Conversely, print media ads, for example, posters or newspapers,  whose principal function is to influence voters in elections or referendums are exempt from these rules, and are not subject to any black-out period. Facebook has reportedly considered a 72-hour silent period on political ads as a possible solution to controversy concerning misinformation, foreign interference and micro-targeting. Facebook’s employees also suggested a pre-election black-out for political ads to limit the impact and scale of misinformation.

While it is too late to address this issue for the current UK election, there is a clear need to update the country’s silent period rules to address new realities. Half of UK adults get their news from social media, meaning on polling day, most will view election commentary and analysis, just not from traditional media sources. On the day when voters need the highest quality information, credible news sources, including public service broadcast, will be unable to provide them with updates, But real-time commentary on platforms like Facebook or Twitter, which may not be subject to any editorial review, fact-checking, or external oversight body, will be readily accessible, and arguably just as influential on voting intentions.

In this context, it is clear that either silent periods must somehow begin to be enforced online – although the French experience shows how challenging this will be – or silent periods should be abolished all together. Either way, the revision of these rules is long overdue. Whatever happens in the 12 December election, there must then be an open, participatory and transparent approach to addressing this issue – whether that is through legislation or policies voluntarily adopted by social media networks.

At the same time, more research is needed to understand and combat online disinformation campaigns and their impact on elections, through better identifying inauthentic behaviour and developing mechanisms to promote higher quality sources of online news, particularly in the critical time before and during polling. All stakeholders – media companies, journalists, civil society, academia, and social media networks – should strengthen their collaboration to build a better understanding of how to address the impact of social media on elections and democracy more broadly.

Paige Morrow is a Senior Legal Officer at ARTICLE 19.