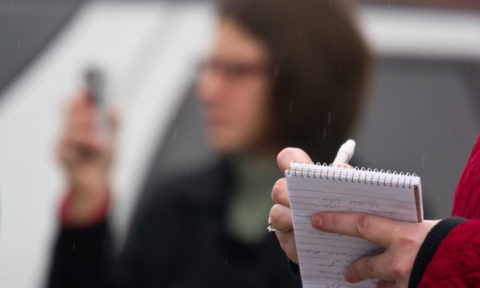 ARTICLE 19 welcomes the United Kingdom Government’s National Action Plan for the Safety of Journalists as a preliminary step towards protecting journalists, and calls for it to be implemented in a timely and well-resourced manner backed by solid analysis and consultation.

This commitment by the government should inform and be aligned with UK foreign policies, including the UK’s leading role in the Media Freedom Coalition, a group of countries working to protect the media freedom and safety of journalists around the world. It should also link with the UK’s work and engagement with multilateral organisations, and to its international development policies.

Prompted by reports from journalists who had suffered attacks or been threatened, the action plan, which was announced on March 9, outlines how the government plans to protect journalists from threats and intimidation, including online harassment and abuse against them.

The government statement said it would ensure social media platforms would “respond promptly to complaints of threats to journalists’ safety,” but stopped short of providing detail.

“This is the first important step in supporting the safety of journalists in the UK,” said Quinn McKew, ARTICLE 19’s Executive Director. “The UK Government has indicated that it will use law enforcement to promote effective investigations of attacks on journalists, which is crucial to address impunity. It is also encouraging to see the UK supporting the media and media literacy. But while we welcome plans to hold people to account, UK ministers must make it clear the role they think social media platforms can play in this process.”

ARTICLE 19 encourages the UK Government to provide a more robust evidence base for the plan and   set out in more detail how attacks can be regularly and accurately monitored. Furthermore, the plans establish a worrying opt-out for threats that emerge from paramilitaries and organised crime in Northern Ireland. Following the arrest of a journalist who was filming a protest outside a detention centre earlier this year, the government has not responded to calls to review the relationship between the police and journalists. More in-depth analysis into these matters is key to ensuring the plan of action has impact and is sustainable.

“Given the UK Government proposal of the new Online Safety Bill, which envisions a new ‘duty of care’ on companies and how these can be enforced, the government’s pledges in this area deserve further scrutiny,” said Quinn McKew. “ARTICLE 19 also urges the government to consult freedom of expression and digital technologies experts, journalists groups and human rights advocates when progressing these aspects of the plan.”

It is also vital that the UK continue to stand up for media freedom and the rights of journalists around the world. The global situation for journalists’ safety is in decline — in 2020, according to UNESCO, 62 journalists were killed and, according to ARTICLE 19’s Global Expression Report,there is an impunity rate of about 90% for the 57 journalists killed in 2019. From Myanmar to India to Senegal to Mexico, 2021 has already been a dangerous environment for journalists. The Covid-19 pandemic has also presented new threats to journalists, with many governments ushering in broad, vague laws that empower security services and police to use excessive force against media trying to report on protests and other public interest stories.

“The UK can show its commitment to media freedom around the world by setting an example through supporting journalists at home, but also through implementing strong foreign policies and a development agenda that promote media freedom and the rule of law globally,” Quinn McKew said. “Its  engagement with multilateral organisations is vital here. As co-chair of the Media Freedom Coalition, the UK should push for the coalition to take concrete steps towards building a robust  landscape for the media and free and safe environment for journalists.”