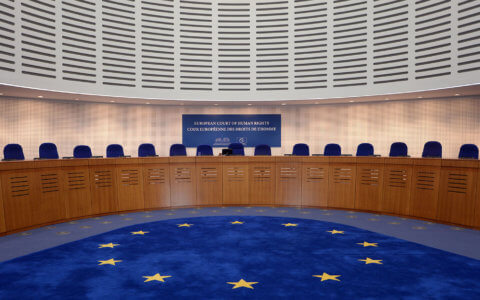 In February 2021, ARTICLE 19 submitted a third-party intervention before the European Court of Human Rights in the case concerning blocking access to news websites and social media in Turkey. The submission focuses on whether Internet users can claim to be the victims of blocking orders that deprive them of accessing information online.

The case Yaman AKDENIZ and Kerem ALTIPARMAK v. Turkey concerns the restricted access to several websites including news websites and social media networks in Turkey, many of which have been blocked entirely. The blocked content was mainly related to the operations carried out by Turkish security forces against armed organisations and groups. The case was initiated by two academics specialising in human rights and Internet law. They complained that the blocking orders restrictions deprived them of receiving reliable information from the regions where the military operations were conducted.

The blocking orders were upheld by a Turkish court on the grounds that the content in question “glorified terrorism, incited violence and the commission of offences, threatened public order and national security as well as infringing the right to life and safety of life and property.” Subsequently, their case was rejected also by the Turkish Constitutional Court, which declared that the applicants were not able to establish a direct and personal link between the restrictions and their right to receive and impart information. The applicants submitted that they had the victim status as the blocked content was of a political nature and they had no alternative means of accessing the information in question.

In the submission to the European Court, ARTICLE 19 addresses the following:

Turkey has a track record of over-blocking legitimate content online. Concerns have been raised by ARTICLE 19 and other organisations that this government over-reach is seriously violating freedom of expression. Given the vital importance of access to online information, States should strive to increase digital literacy to allow for a meaningful public participation instead of imposing severe restrictions to the online space.