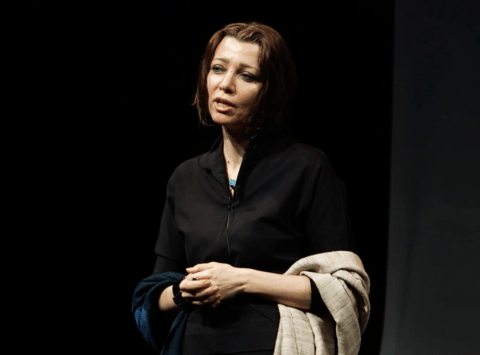 Freedom of expression organisation ARTICLE 19 has condemned an investigation by the Turkish authorities into several novelists, including the writer Elif Shafak. The investigation reported in The Guardian on 31st May  is believed to be into a number of novelists who have addressed subjects such as sexual abuse in their novels.

“This is yet another assault on free speech in Turkey, where the Government seems intent on closing down all forms of expression, whether by journalists, political opponents, academics or writers.

“We urge the Turkish authorities to drop this investigation, which is an attempt to threaten and undermine writers such as Elif who have consistently championed human rights in Turkey.”

Shafak has been an outspoken critic of the Turkish Government’s attacks on freedom of expression under President Recep Erdogan.  During an ARTICLE 19 event in November 2017, she warned of the problems of self-censorship:

“I think today every Turkish novelist, writer, poet, journalist but also academic knows that because of a tweet, because of something you say in an interview, because of an article, a novel, sometimes even a poem or a re-tweet,  you might easily get into trouble. In one day you can be demonized in pro-government media, you can be targeted individually, even sued or put on trial, or even imprisoned.   And when we write we carry this knowledge at the back of our minds. So honestly, I wouldn’t believe anyone who is within the Turkish literati if they say ‘I can write whatever I want, I can say whatever I want to say’.  I wouldn’t believe that person because I think whenever we talk, whenever we write there is that knowledge that we might get into trouble; and as a result there is a lot of self-censorship.”

Shafak was also charged with “insulting Turkishness” in 2006. The case was based on comments made by a fictional character in her novel The Bastard of Istanbul. The charges were dropped by the prosecutor and she was acquitted.