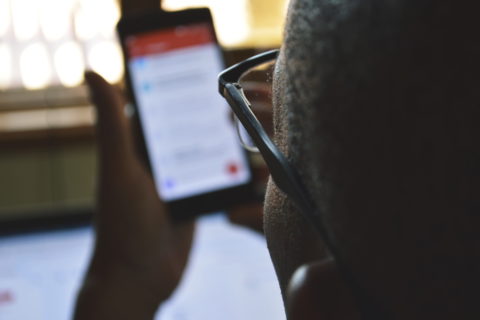 ARTICLE 19 Eastern Africa is concerned that the de-activation of SIM cards, following the end of the biometric registration process in Tanzania directly impacts the ability of hundreds of thousands people to exercise their rights to freedom of expression and access to information and impacts universal and equal access drives.

On 20 January 2020, the Tanzania Communications Regulatory Authority (or TCRA) announced that 656,091 mobile users had their SIM cards de-activated by telecommunications operators, after the lapse of the deadline for the biometric (finger print) SIM card registration process.

During the registration process, millions of users were unable to register their SIM card because of the TCRA requirement to adduce a national identity card, despite the Electronic and Postal Communications Act (2010) allowing a potential subscriber to produce “any other document” to prove their identity. The linkage of SIM card registration to the production of an identification card will continue denying millions of people access to digital communication tools and services, which enable the rights to freely express and associate oneself online.

Strikingly, the World Bank (2018) estimated that roughly one (1) billion people lack access to an official identify card, and certain groups are particularly affected by SIM card registration processes. The groups affected include persons with disabilities, elderly citizens, persons living in unserved/underserved remote areas, refugees and undocumented migrants who either face limited mobility challenges or an inability to access the national identification card, due to status or administrative challenges.

ARTICLE 19 Eastern Africa reiterates our warning that any requirements for mandatory SIM card registration unduly limit an individual’s right to privacy and anonymity in exercising free expression due to the existence of digital security, data protection and information misuse concerns.

The United Nation Special Rapporteur’s (2013) cautioned that “SIM registration databases are vulnerable to identity theft, fraud and accidental disclosure.” Worryingly, Tanzania (as at 6 February 2020) does not have a comprehensive data protection framework to protect its citizens’ data.

“The lack of an adequate data protection framework and the vulnerabilities inherent in these databases means that citizens’ data could be breached and/or misused. The protection of personal data is fundamental to the protection of the right to privacy, which is protected under the constitution. The government should introduce a comprehensive data protection framework capable of providing appropriate redress mechanisms, in addition to judicial oversight,” said Mugambi Kiai.

ARTICLE 19 Eastern Africa calls upon the government of Tanzania to guarantee and uphold the rights to privacy and to freedom of expression and information by actively promoting universal and equal access to telecommunications services and the Internet. This requires ensuring that SIM card registration directives fully comply with regional and international human rights standards.

Licensing and registration requirements are incompatible with international standards on freedom of expression. The 2011 Joint Declaration on Freedom of Expression and the Internet provided that measures, such as imposing registration and other requirements on service providers, are not legitimate, unless such measures satisfy the tripartite test, and are provided by law; pursue a legitimate aim; and conform to the strict tests of necessity and proportionality.

In 2015 and 2018, the Special Rapporteur to the Human Rights Council noted that user identification and mandatory SIM card registration processes threaten “access to digital communications and online services” and the protection of the right to online/digital anonymity. In 2016, the UN Human Rights Council (Resolution (A/HRC/32/L.20)) affirmed that states have an obligation to “promote and protect the enjoyment of human rights on the Internet.”