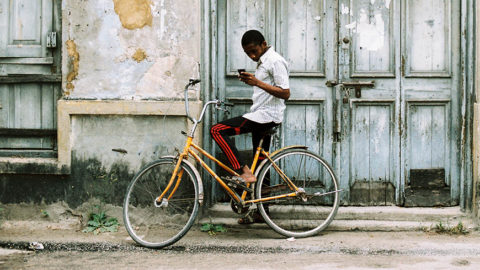 ARTICLE 19 Eastern Africa (EA) today asked the Tanzanian authorities to repeal the Electronic and Postal Communications (Online Content) Regulations, 2020, as they fail to comply with the Tanzanian Constitution and international human rights law and standards.

“These regulations are a massive blow for free expression. The extended list of prohibited content has far-reaching consequences for freedom of expression online, and affects a much wider group of digital technology users than envisaged under its repealed predecessor, the 2018 EPOCA (Online Content) Regulations.

These regulations will affect anyone who uses online platforms to express themselves and access information. The vague definitions create uncertainty about what is and isn’t prohibited content. We call on the Tanzanian authorities to immediately suspend the 2020 Regulations, and reform these wanting provisions, in close cooperation with all stakeholders including civil society organisations,” said Mugambi Kiai, Regional Director of ARTICLE 19 Eastern Africa.

In 2018, ARTICLE 19 EA published a detailed analysis of the 2018 EPOCA regulations and we recommended their entire repeal.  The 2020 revised regulations were released three months before the scheduled general elections and are likely to have impact on the campaign as electoral parties and candidates are increasingly using online platforms to garner support, in compliance with COVID-19 rules.

All these prohibitions totally fail to acknowledge public interest reporting, and have implications on the right to freedom of assembly and association, both online and offline, as well as whistleblowers and investigative journalists exposing issues such as corruption and abuse of power at the state level.

“These vague, subjective and incompatible prohibitions, combined with the threat to remove legitimate content are a very real threat to free expression and are not compatible with Tanzania’s Constitution and international human rights law. This list prohibits content that is not explicitly banned under Tanzanian law, or content that is legitimate under international human rights law,” continued Mugambi Kiai.

During its 2nd Universal Periodic Review Cycle, the Tanzanian government accepted recommendations to improve its national laws and regulations for the protection and promotion of human rights. Nonetheless, four years after its review and ahead of its 3rd UPR Cycle in 2021, there has been minimal progress.

The 2020 regulations introduce new definitions and revise previous definitions from the 2018. However, the new regulations fail to address restrictions on free expression and pose a significant threat to basic civic freedoms.

The vast majority of the definitions in the new regulations are overly broad and fail to meet the international human rights standards and law. For instance, the 2020 regulations define hate speech as “any portrayal in words, speech, pictures, etc., which denigrates, defames or otherwise devalues a person or group on the basis of race, ethnicity, religion or disability.”

While there is no universally accepted definition of the term “hate speech”, the definition restricts legitimate expression even further and is inadequate, subjective and inconsistent with international human rights law.

Provisions on ‘hate speech’ should be inclusive of the broadest range of protected characteristics, which appear under the broader non-discrimination provisions of international human rights law. These include race, colour, sex, language, religion, political or other opinions, national or social origin, property, birth, indigenous origin or identity, disability, migrant or refugee status, sexual orientation, gender identity or intersex status.

Likewise, the 2020 regulations fail to provide clarity or guidance about what type of material constitutes ‘indecent material.’ The definition is extremely vague and uses subjective terms: “material which is offensive, morally improper and against current standards of accepted behaviour which includes nudity and sex.” It fails to define how an objective interpretation of these terms can be arrived at, and the basis for a particular conclusion.

The 2020 regulations prohibit nudity and sex under the ‘indecent material’ umbrella. The UN Special Rapporteurs on Freedom of Expression and on Violence Against Women warned against this in 2017 maintaining that ‘vaguely formulated laws and regulations that prohibit nudity or obscenity could have a significant and chilling effect on critical discussions about sexuality, gender and reproductive health. Discriminatory enforcement of terms of service on social media and other platforms could also disproportionately affect women and other users.’

The Tanzania Communications Regulatory Authority (TCRA) is responsible for giving licenses and keeping a register of “online content service providers” as well as for taking action against non-compliance, “including ordering the removal of or barring access to prohibited content”.

ARTICLE 19 EA urges the authorities to immediately amend the TCRA’s powers as they seriously interfere with the fundamental rights to freedom of expression and privacy, which is exacerbated by the use of subsidiary legislation, rather than primary legislation, to create such powers. The increase of TCRA’s powers, to not only exclusively licence online content service providers, including bloggers, but also to bar access to prohibited content is incompatible with international standards on freedom of expression.

The mandatory requirement for all persons providing online content services to obtain a licence from the Authority is incompatible with international human rights law. The 2011 Joint Declaration on Freedom of Expression and the Internet provides that measures such as imposing registration and other requirements on service providers are not legitimate, unless such measures conform to the three-part test on lawful restrictions of freedom of expression under international law.

Powers to order the removal of content and/or bar access to any online content, rests with the courts, as stipulated under international law. At a minimum, removal orders should be made by independent authorities, and should be subject to judicial review. In the 2020 regulations, the TCRA is clearly not an independent body. Moreover, the 2020 regulations fail to provide for a right of appeal where the authority rejects an application from an online content provider, and further fails to provide for judicial review of takedown orders.

The ‘disclosure of information’ provisions offers insufficient protection for personal data. Firstly, Tanzania is one of three East Africa Community member states which continues to operate without a data protection legislative framework. Tanzania must ensure that any personal information protections are rightly situated in primary, rather than subsidiary legislation.

Secondly, the regulations continue to grant unlimited access to ‘relevant authorities’ to individuals’ personal information held by third parties, without judicial sanction, such as a warrant. While the regulations restrict the disclosure of personal information “except where the information is required by relevant authorities according to the law”, this does not amount to a sufficient data protection safeguard because it fails to include the ‘necessary’ and ‘proportionate’ safeguards. These are a mandatory feature in any framework affecting the access or disclosure of personal data.