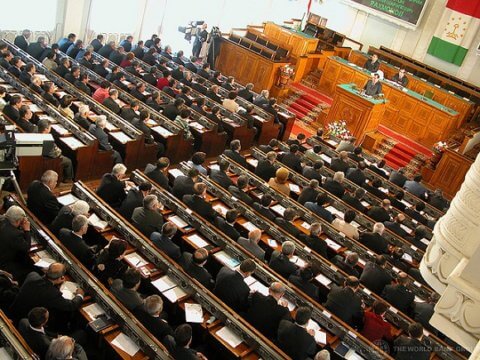 ARTICLE 19 is deeply concerned that the new draft law concerning demonstrations in Tajikistan might severely limit freedom of expression and peaceful assembly.

The draft law in question, “Meetings, Gatherings, Demonstrations and Street Marches,” was passed by the lower chamber of the Tajik parliament on 12 November. It does not comply with international standards on freedom of expression and peaceful assembly and is contrary to Tajikistan’s obligations under the International Covenant on Civil and Political Rights (ICCPR). ARTICLE 19 therefore calls on the upper chamber of the Tajik parliament not to approve the draft law and to ensure that future drafts are brought into line with Tajikistan’s commitments to protect the right to Freedom of Assembly.

“Blanket bans are contrary to international standards as they fail to satisfy the test for necessity and proportionality and fail to correspond to any of the listed legitimate grounds for restriction of the right to freedom of peaceful assembly.

“In addition, the fact that there is a requirement to submit an application in the period of 15 days before the actual gathering are also problematic, since these completely prevent any opportunities for holding spontaneous gatherings.

“The contents of this draft law are even more worrying when viewed in the context of existing practices in Tajikistan, whereby police use extrajudicial methods of exerting pressure on organizers of gatherings, such as calling family members to convince individuals not to participate in or organise protests.”

ARTICLE 19 is concerned that the following elements of the law do not comply with international standards:

Article 12 of the draft law replicates requirements in Tajikistan’s previous problematic law governing assemblies, which stipulates that organisers must obtain permission 15 days prior to organising a mass gathering. The Special Rapporteur on the rights to freedom of peaceful assembly and of association has stressed that states should not impose prior authorization requirements, but can at most require notification of assemblies. The purpose for notification is to allow the authorities to make arrangements to facilitate the protest (e.g. redirect traffic, ensure extra law enforcement personnel are on the street to ensure the sae exercise of rights). Notification can only be required a maximum of 48 hours prior to the event. While notification requirements can include the obligation to provide contact details of the organiser, they must not request details concerning the purpose or subject matter of the gathering. Furthermore, the law should recognise that there are times when gatherings must take place spontaneously, and as long as they are peaceful, the gathering should not be dispersed.

Article 14 and Article 15 limit the time and places where gatherings may take place, turning many areas of Tajikistan – such as areas close to government buildings, historical and cultural monuments, national parks and cemeteries – into no-protest zones and banning protest at night entirely. Limitations on the time and place of assemblies should not amount to preventing the assembly from communicating its message to the intended audience. The prohibition on holding gatherings in close proximity to government bodies would prevent gatherings from achieving their very purpose.

Article 10 bans foreign citizens and stateless persons from organising a mass events or gatherings. ARTICLE 19 would like to remind the government of Tajikistan that discrimination on the basis of nationality is incompatible with Article 2(1) of the ICCPR which stipulates that state parties must ensure that the rights in outlined in the covenant apply to all individuals within its territory “without distinction of any kind, such as race, colour, sex, language, religion, political or other opinion, national or social origin, property, birth or other status.” Furthermore, Article 26 of the ICCPR states that “all persons are equal before the law and are entitled without any discrimination to the equal protection of the law”. In General Comment 15, the UN Human Rights Committee clarified that “…the rights set forth in the Covenant apply to everyone, irrespective of reciprocity, and irrespective of his or her nationality or statelessness.”

Article 10 also bans persons who have a record of administrative violations, mostly relating to violations of the laws on public gatherings, from organising mass gatherings.  This blanket ban on persons with record of administrative offences is clearly targeted at people with a history of protest rather than rather than protecting a legitimate aim.

ARTICLE 19 urges the upper chamber of parliament to amend the draft law in line with Tajikistan’s commitments under international law.