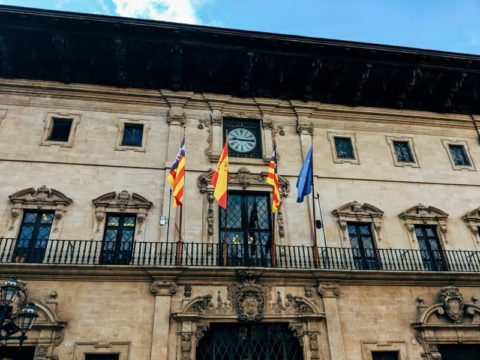 The Digital Royal Decree 14/2019, approved last October and effective since November 2019, disproportionally widens the powers of the Spanish government, through the Ministry of Finance, to intercede in online networks and communications, ultimately endangering guarantees of freedom of expression and of information.  Amnesty International and ARTICLE 19 sent a letter to the Spanish Government as part of the open negotiations for the reform of the Digital Decree pushing for the revision of some of its provisions. These proposals aim to eliminate the excessive powers conferred to the Government when intervening and controlling the Internet infrastructure, although in an exceptional and temporary manner. These interventions are justified in the Decree on grounds of national security, public security and public order and do not foresee a judicial oversight.

“This norm, which modifies various legislative texts, introduces a modification of the General Telecommunications Law, which widens the grounds for government’s interventions in the field of telecommunications, adding the broad concept of ‘public order’ to a list of already questionable justifications not in line with international law. Furthermore, the Decree does not specify the means of this interference, which may violate the principles of necessity and proportionality. This could lead to prior censorship or content takedown authorised by the government”, states Roberta Taveri, Programme Officer at ARTICLE 19.

“The law awards a great degree of discretion to the government, in areas that should be under the control of judicial authorities or of an independent organism. We are also concerned that this Decree has been approved through an accelerated legislative process, as the reform of laws impacting human rights requires adequate consultations. There is no indication of the urgency of this reform; as indicated in its text, this Decree implements European legislation that has been introduced 6 years ago”, affirms Esteban Beltrán, Director of Amnesty International Spain.

The two organizations condemn that the potential government intervention in the electronic communication networks and services is conceived in the framework administrative proceedings, without judicial oversight (not even a posteriori). Furthermore, they denounce that these norms lack any reference to human rights principles, with specific reference to the rights of freedom of expression and of assembly, to guarantee their full respect.

For these reasons, Amnesty International and ARTICLE 19 urge the Spanish government to suspend the application of those provisions in the Decree that may interfere with the exercise of human rights. Furthermore, the two organisations demand that any modification of the General Telecommunications Law must comply with international standards. It is also necessary that terms used in the Decree, such as “public security”, “public order”, “compelling emergency”, among others, are well defined and clarified. The introduction of mechanisms to avoid the arbitrary intervention of authorities is key, which should include safeguards for an effective judicial control.

As prescribed by international standards, such as the International Covenant on Civil and Political Rights, restrictions to freedom of expression and access to information must: be prescribed by law, pursue a legitimate aim and be necessary and proportionate. Amnesty International and ARTICLE 19 believe that this Decree does not sufficiently guarantee these three conditions. The UN Special Rapporteur on Freedom of Expression underlines that “necessity requires a showing that shutdowns would achieve their stated purpose, which in fact they often jeopardize”.

The Digital Royal Decree modifies seven laws, including the General Telecommunications Law, where the possibility of intervening in networks and communications was already mentioned in certain justifiable cases. Although this provision enabling the government’s intervention already generated some concerns, the situation has now worsened with the amendments introduced through the Digital Royal Decree. These include the introduction of the concept of “public order” and the cancellation of any reference to the normative framework that defined the grounds for intervention, which amplifies the powers of the General Administration of the State.

Read the full statement in English or en Español.