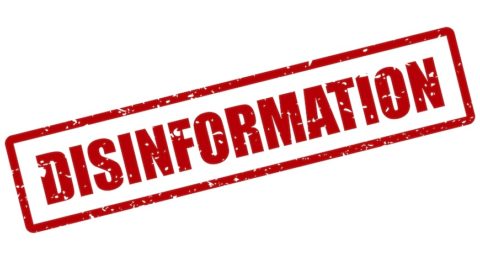 ARTICLE 19 is concerned that the Spanish Ministerial Order Establishing the National Procedure Against Disinformation (the Ministerial Order) fails to observe international freedom of expression standards. While we welcome that public communications strategies to counter disinformation are preferred over restriction-based approaches, we are worried that disinformation is seen as a national security concern and the objectives, actions and levels of the National Procedure fail to determine the aim they sought to protect. The national procedure should instead provide clear guidance on the role of the government and other stakeholders in addressing the different issues disinformation causes, delimit public bodies and institutions competences on the basis of a legality and necessity assessment, and on how to jointly implement disinformation strategies at various levels.

Disinformation can cause serious harm to individuals and to society as a whole. Policy responses should be based on international freedom of expression standards. Counter-narrative and tiered approaches that engage civil society, journalists and media associations, independent fact-checking organisations, companies and other relevant private stakeholders comply with these standards.

Disinformation has been at the heart of many discussions in the past years as States attempt to tackle its spread, particularly online. The Spanish Government has proposed and adopted a range of measures to tackle this issue. Most recently, in October 2020, the Spanish Government adopted the Ministerial Order PCM/1030/2020 Establishing the National Procedure Against Disinformation (the Ministerial Order). The Ministerial Order is meant to implement the 2018 EU Action Plan and lay out the actions and processes that various Spanish authorities will undertake to prevent, detect, monitor, respond to, analyse and evaluate disinformation.

ARTICLE 19 has analysed the Ministerial Order from the perspective of international human rights standards, particularly focusing on the impacts it will have on freedom of expression. We welcome various aspects of the Ministerial Order. At the same time, the Spanish Government should conduct a comprehensive review of the rationale, legal basis and aims of the Ministerial Order and the national action procedure against disinformation to bring them in line with freedom of expression standards under international and regional human rights law. The forthcoming National Strategy against Disinformation is an opportunity for the Spanish Government to adopt a human rights-compliant approach to disinformation at national and regional levels.

It is unclear in the Ministerial Order which legitimate aims certain actions to tackle disinformation seek to protect. Any action that seeks to restrict disinformation, even if it causes harm to national security or public health, must be clearly justified, necessary and proportionate.

The Spanish Government must ensure that its legal framework fully respects freedom of expression standards and ensure that it engages with all stakeholders. The Ministerial Order and the national procedure should not rely on national security grounds to address a wide range of forms and manifestations of disinformation. A diversified participation of other relevant authorities should be considered depending on the legitimate aim sought under international human rights law.

The Spanish Government should consider including a tiered approach to the action procedure based on the aim sought, the applicable regulatory framework for the protection of each aim and the jurisdiction of each set of actions. This tiered response should also seek to justify the different levels of intervention, making a clear distinction between domestic and regional actions. The implementation of the action procedure against disinformation is subject to independent oversight and available for public scrutiny.

The Permanent Commission against Disinformation should ensure that the forthcoming National Strategy against Disinformation is freedom of expression-compliant, designed and developed in close participation and engagement with civil society, journalists and media associations, independent fact-checking organisations, companies and other relevant private stakeholders able to provide expertise, evidence and contribute towards a multi-stakeholder approach to disinformation. It should establish an Advisory Committee responsible for overseeing the implementation of the National Strategy.