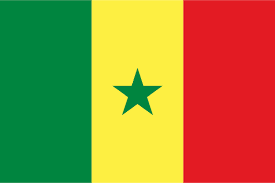 Between March and May 2020, the Senegalese Government adopted a series of administrative orders and decrees banning all protests in the country and imposing restrictions on freedom of movement to deal with the coronavirus pandemic. Some of these orders were adopted before the Government declared a state of emergency and imposed disproportionate restrictions on the rights to freedom of expression and freedom of assembly in violation of international law. ARTICLE 19 expresses concerns about these measures and further calls on the Government to repeal the Law no. 2021-18 that would entrench broad executive powers to restrict people’s human rights in the absence of a declaration of a state of emergency.

On 13 March, the Minister of Interior banned all protests and both public and private gatherings on Senegal’s territory for a period of 30 days between 14 March and 14 April 2020.

It remains unclear whether the Senegalese Government communicated to the UN Secretary-General its decision to withdraw from certain provisions of the International Covenant on Civil and Political Rights to which Senegal is a party.

On 24 March 2020, the Minister of Interior banned all movement of people and goods between cities at all hours and in all provinces between 20h and 06h. The order made exception for government officials, health workers and vehicles transporting goods. It also gave authority to the Minister or regional high-ranking administrative officials to grant special authorisation where necessary.

In January 2021, the President of Senegal promulgated a new Law no. 2021-18 modifying the Law no. 69-29 of 29 April 1969 concerning the state of emergency or state of siege. The new Law introduces a new title dealing with natural disasters or public health emergencies. Article 24 gives powers to competent administrative authorities to take all measures necessary to maintain the normal functioning of public services and protect people without having to declare a state of emergency. This includes measures such as curfews and restrictions on freedom of movement for a month, renewable once. Under Article 25, the President, Interior Minister, other relevant ministers, governors, and high-ranking regional administrative officials (préfets) can exercise these powers.

ARTICLE 19 believes that these measures are problematic from the perspective of international human rights standards, particularly those on the right to freedom of expression and freedom of assembly.

Under international human rights law, any restriction on freedom of expression or freedom of assembly must be provided by law, pursue a legitimate aim and be necessary and proportionate in a democratic society. The law must be sufficiently precise for individuals to be able to regulate their conduct. Proportionality means that the proposed measures should be the least restrictive of human rights.

In addition, States are required to comply with a number of substantive and procedural requirements under international human rights law when declaring a state of emergency.

At the outset, ARTICLE 19 notes that the Senegalese Parliament adopted legislation in April 2020 granting the President exceptional powers to prolong the state of emergency for a period of up to three months, i.e. for a limited period of time. Nonetheless, ARTICLE 19 considers that Senegal failed to comply with its obligations under international human rights law for the following reasons:

ARTICLE 19 is also concerned that this legislation has been accompanied by attacks against journalists who do not “respect the curfew” while covering protests. For instance:

Those responsible for these attacks have not been held accountable. ARTICLE 19 is concerned about these actions and the failure of the authorities to investigate them.

ARTICLE 19 calls on the Senegalese authorities to: 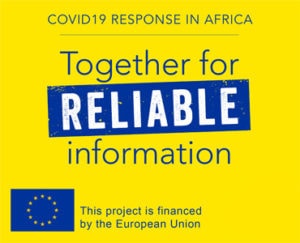