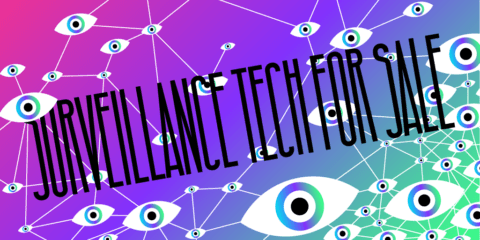 From Morocco to the United Arab Emirates (UAE), governments in the Middle East and North Africa (MENA) region are using digital surveillance tools to identify, surveil, and silence dissidents, journalists, and human rights defenders. Launching on 07 June 2021, the new MENA Coalition to Combat Digital Surveillance has come together to end the sales of digital surveillance tools to repressive governments in the region, fight for a safe and open internet, defend human rights, and protect human rights defenders, journalists, and internet users from governments’ prying eyes.

The murder of Saudi journalist Jamal Khashoggi on 02 October 2018 demonstrated both the dangerous consequences of targeted surveillance, and the extent of secrecy and impunity in which authoritarian regimes in the region can obtain and deploy sophisticated and oppressive spyware tools. More than two years later, there has been no real accountability for the government involved, while the NSO Group —whose surveillance tools were allegedly used to target Jamal Khashoggi and Saudi associates living in exile — has continued to implicate itself  in egregious human rights violations in the region and around the world.

The coalition, co-led by the Gulf Centre for Human Rights and Access Now, welcomes all civil society organizations working to defend freedom of expression, privacy, and fundamental rights to become an active member. Collective civil society action including strategic litigation, public campaigns, regional and international advocacy, and documentation of surveillance cases and human rights violations, will be key to eliminating digital surveillance tools and ensuring human rights across MENA.

The coalition was officially launched during the public session at RightsCon, Protecting Human Rights Defenders and Activists: Coalition to End the Sales of Surveillance Technology to the MENA Region on Monday, June 7 at 16:45 CET.