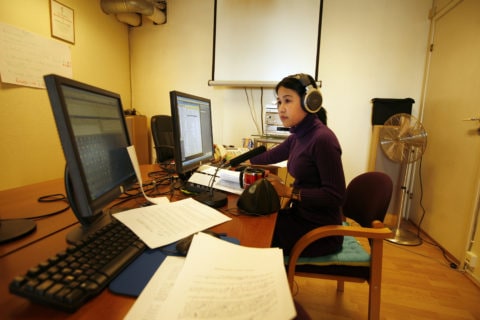 ARTICLE 19 today launched a new guide to UN standards on the safety of journalists, setting out the commitments States have made to prevent, protect against, and prosecute attacks in UN Human Rights Council (HRC) resolution 33/2. The guide not only details the concrete actions States must take to ensure the safety of journalists, but sets out how UN human rights mechanisms should be used by civil society to hold States to account against these commitments.

“Attacks against journalists, and impunity for those crimes, remains one of the biggest global threats to freedom of expression,” said Thomas Hughes, Executive Director of ARTICLE 19. “While UN resolutions on the safety of journalists are important, they mean very little unless translated into concrete action by governments to enhance prevention and protection on the ground, and to ensure those responsible for attacks are prosecuted.”

“Urgent steps are required to implement the promises made through HRC Resolution 33/2 at the national and local levels. We urge government actors at the national level, as well as civil society, to make use of this guide to push action to prevent, protect against and prosecute  attacks on the press,” Hughes added.

The ARTICLE 19 guide was formally launched on 26 September 2017 at the inaugural meeting of the Geneva “Group of Friends” on the safety of journalists. This inter-governmental group, formed almost one year to the day since the HRC adopted resolution 33/2, complements parallel groups at UNESCO in Paris, and at the UN in New York, and should enhance inter-governmental coordination to ensure the safety of journalists, bringing Geneva human rights mechanisms to the centre of these efforts.

UN resolutions, including on the safety of journalists, are complex documents, and ARTICLE 19 recognises that their form and legalese substance can be a barrier to their effective implementation, and to engagement on them from civil society and the public. Though HRC resolution 33/2 includes various ground-breaking standards and commitments, they only stand a chance of being implemented if the national and local actors working to enhance journalists’ safety know about and use these standards to affect change.

With this guide, we seek to remove this barrier: the guide breaks down HRC resolution 33/2, clearly identifying the diverse threats journalists face, including gender-based threats, and the concrete actions States have committed to take to prevent, protect against, and prosecute attacks against journalists.

Launching the guide to the Group of Friends, ARTICLE 19 emphasised the positive role States at the UN in Geneva can play in elevating the role of UN human rights mechanisms as an integral part of the UN’s broader response to this issue. Lack of cooperation from States with these mechanisms is the greatest obstacle to their effectiveness, and also a significant challenge to ensuring the safety of journalists. Ahead of HRC elections in October at the General Assembly in New York, ARTICLE 19 stressed that full cooperation with UN special procedures should be a pre-condition to HRC membership.

ARTICLE 19 is advocating across the UN for implementation of commitments on the safety of journalists. This is driven by the work of our nine regional and country offices, identifying the needs and protection priorities for journalists in a variety of contexts, and campaigning to enhance responses of national governments to the threats they face, often relying on UN standards and commitments as part of that push for change.

At the Third Committee of the UN General Assembly (UNGA) this autumn, ARTICLE 19 will use this new Guide to advocate for States to adopt a new resolution in parallel to HRC resolution 33/2, demonstrating that all UN member states support the progressive standards it sets out, and get fully behind efforts to implement it.