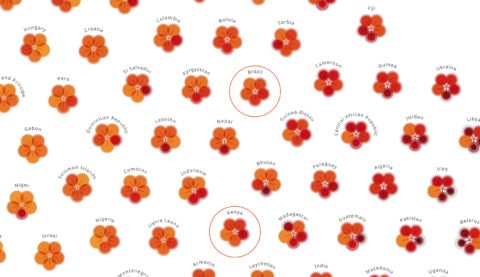 Read the XpA report and view the metric

“For the first time, we have a comprehensive and holistic overview of the state of free of expression and information around the world. Unfortunately, our findings show that freedom of expression is under attack in democracies as well as authoritarian regimes.

“The XpA Metric is a tool for understanding where governments are succeeding and failing in their duty to promote and protect our rights. We hope that it will help journalists, activists and policymakers to monitor free speech, challenge the threats to it and hold governments and companies to account.

“But it also offers us a positive guide for how freedom of expression and information can be realised so that we can all participate in public life, enjoy a private life, and exercise our right to free speech.”

Global media freedom at lowest level for a decade 17 years

One of the most serious findings of the Expression Agenda (XpA)  is that global media freedom is at its lowest level for a decade.

The rise of citizen journalists, bloggers and information activists has put more individuals and groups at risk than ever before. The threats they face include state repression, organised crime, business interests and religious fundamentalism. There has been an alarming rise in attacks on journalists, human rights defenders and activists who seek to expose corruption and abuse.

A decline of media pluralism has been accompanied by a parallel decline in democratic freedoms. Brazil, Turkey, Burundi, Egypt, Poland, Venezuela and Bangladesh have seen particularly disturbing drops in a diverse and independent media.

Shift in advertising revenues towards the internet has radically altered traditional media companies. Redundancies, cutbacks and the decline in salaried journalists are contributing to concerns about the future of accurate and reliable journalism in the 21st century. The control of information is increasingly in the hands of a few companies with search engines and algorithms now responsible for delivering news and information to digital audiences, and especially those using social media platforms.

The XpA metric gives a comprehensive picture of the state of freedom of expression and information in 2016, using independently collected and verified data. ARTICLE 19 has partnered with the V-Dem (Varieties of Democracy) Institute, whose multi-dimensional dataset examines 350 aspects of democracy. Using 32 of these factors, the metric provides a cutting-edge analysis that presents the challenges and complexity of the landscape for freedom of expression. V-Dem has also used ten years’ worth of data to review trends over the decade in selected countries.

The freedom of expression organisation ARTICLE 19 was founded in 1987 and now has seven offices around the world. It works for a world where all people everywhere can freely express themselves and actively engage in public life without fear of discrimination.  We do this by working on two interlocking freedoms which set the foundation for all our work, namely: The Freedom to Speak which concerns everyone’s right to express and disseminate opinions, ideas and information through any means, as well as to disagree from, and question power-holders.  And, The Freedom to Know which concerns the right to demand and receive information by power-holders for transparency good governance and sustainable development. When either of these freedoms comes under threat, either by the failure of power-holders to adequately protect them, ARTICLE 19 speaks with one voice, through courts of law, through global and regional organisations, and through civil society wherever we are present.