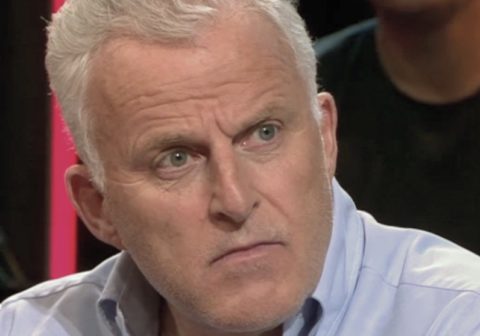 Dutch investigative crime journalist Peter R. de Vries is fighting for his life after being shot in the head on Lange Leidsedwars Street in Amsterdam yesterday.  The police have since arrested three suspects. ARTICLE 19 condemns the attack and calls on the Dutch authorities to swiftly investigate and establish whether De Vries was targeted for his work as a journalist.

De Vries was gunned down after leaving the studio of RTL Boulevard, a television programme on which he is a frequent guest. He was shot five times at close range near a parking garage used by RTL employees. In a televised statement, Prime Minister Mark Rutte said that the shooting is an “attack on free journalism which is so important for our society.”

“Once again a journalist investigating organised crime in Europe has been targeted,” said Sarah Clarke, Head of Europe and Central Asia for ARTICLE 19. “The attack on Peter R. de Vries comes in the wake of the killings of journalists in Malta, Slovakia, and Greece which all too often have been met with total impunity. Journalists in Europe must be protected to carry out their vital work in investigating organised crime and corruption. In order to stop this cycle of impunity, there must be full justice for attacks on journalists.”

De Vries has been threatened in the past. According to the Dutch National Coordinator for Security and Counterterrorism, he is believed to be on a criminal underworld hit list due to his participation in the Marengo trial involving alleged drug kingpin Ridouan Taghi.

In 2019, Derk Wiersum, the lawyer of a state witness in the Marengo trial, was murdered in front of his Amsterdam home after claiming that the government was not taking his or his client’s protection seriously. The year prior, the witness’ brother was also killed.

Thomas Bruning, General Secretary of the Dutch Journalists’ Association, said: “This hits journalism right in the heart…De Vries is a fierce crime fighter, persistent, and courageous. We can only hope he survives.”

ARTICLE 19 calls on the Dutch authorities to conduct a prompt and thorough investigation into the attack, establishing whether it was in connection to De Vries’ journalistic work. Those responsible must be brought to justice. If journalists are not safe to carry out their essential work, there can be no free press.

This statement by ARTICLE 19 is part of the Media Freedom Rapid Response (MFRR), a Europe-wide mechanism that tracks, monitors and responds to violations of press and media freedom in EU Member States and Candidate Countries.