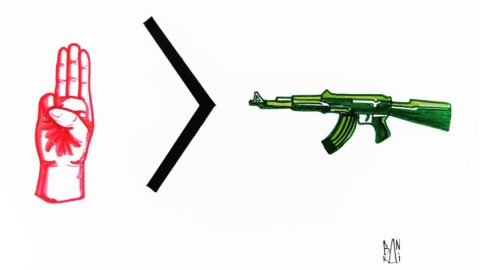 On 28 February, the Myanmar military fired live ammunition at crowds and individuals protesting military rule in multiple cities around the country. According to the UN Office of the High Commissioner for Human Rights, at least 18 people were killed and more than 30 injured. The use of lethal force against non-violent protesters is never justifiable under international human rights norms, OHCHR noted. The Myanmar military also reportedly detained several journalists, some of whom were severely beaten.

“The appalling use of force against those peacefully calling for a restoration of democracy betrays the military’s monstrous disregard for human life.

“Yesterday’s tragic events show that the generals have no intention of listening to the people of Myanmar and are willing to use brute force to achieve their ends. Any engagement with the Tatmadaw not grounded in this reality is both farcical and dangerous.