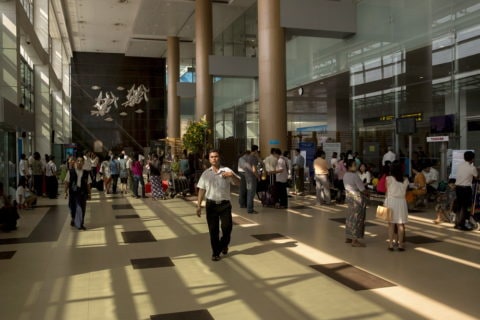 A man walks through the in Departure Hall of the Yangon International Airport terminal. It was built by Asia World, a company founded by the late Lo Hsing Han, a drug lord once described by the United States as the 'kingpin of the heroin traffic in Southeast Asia.'

U Ko Ni was shot twice on Sunday by an assailant at the Yangon International Airport, as he was returning to Myanmar from an inter-faith trip to Indonesia. U Ko Ni was widely admired for his commitment to democracy in Myanmar, his advocacy for constitutional reform, and as a respected Muslim voice for tolerance. His death is a great loss.

ARTICLE 19 sends it most sincere condolences to U Ko Ni’s family, friends and colleagues, and to those of taxi driver U Nay Win who was killed giving chase to the gunman. We also join other members of the international and Myanmar community calling for a prompt, credible and transparent investigation into his killing. Anything less will contribute to the chilling effect that this tragic event is likely to have on the speech of other advocates of democratic reform and religious tolerance.