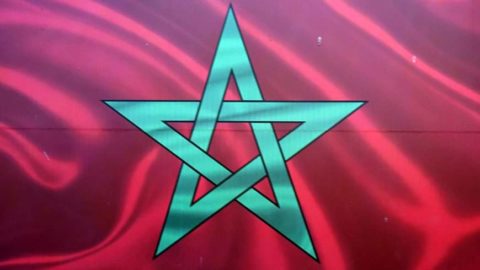 ARTICLE 19 is extremely concerned about the arrest at Rabat airport in June of a Moroccan student on charges of offending Islam.

Our sources have explained to us that in 2019, the student – who is also an Italian citizen –  published a picture containing a satirical text on her Facebook page entitled “Surat Al-Whiskey”.  The term  simulated the linguistic structures of Surat Al-Kawthar to talk about drinking whiskey.  The Court of First Instance in Marrakesh later issued a judgment during the same year charging the student and determining a sentence of three years for insulting the Islamic religion.

In June 2021 when the 23-year-old returned from France, where she is studying at the Faculty of Medicine in Marseille, she did so unaware of the judgement, according to her father.  Upon arrival at Rabat airport she was arrested and taken to prison to serve her sentence.

Further details are witheld at the request of the student’s father who has requested anonymity for his daughter and his family.

The judicial ruling made in 2019 contradicts Morocco’s international obligations, especially Article 19 of the International Covenant on Civil and Political Rights, (ICCPR) which protects the right of individuals to express their opinions, including on issues of religion or belief.

The charge made by the court was on the basis of  “offending the Islamic religion through publications, distributing and disseminating them to the public through electronic and audio-visual means that fulfill the requirement of publicity”.

“International law protects the right of individuals to freedom of expression and freedom of religion on an equal basis without any discrimination on the basis of religious affiliation.  It is not acceptable to suppress a particular opinion only because it contradicts the religious beliefs of a group of individuals, and as long as they are not prevented from practicing their religious rites.”

According to General Comment No. 34 of 2011 issued by the UN Human Rights Committee the imprisonment of the young woman is completely inconsistent with international standards:

“Prohibitions of displays of lack of respect for a religion or other belief system, including blasphemy laws, are incompatible with the Covenant (…). Thus, for instance, it would be impermissible for any such laws to discriminate in favour of or against one or certain religions or belief systems, or their adherents over another, or religious believers over non-believers. Nor would it be permissible for such prohibitions to be used to prevent or punish criticism of religious leaders or commentary on religious doctrine and tenets of faith.”

Morocco is currently seeking membership in the Human Rights Council and there is some doubt over the credibility of the candidacy.  A group of Moroccan and international human rights organizations has called on the state in an open letter on 21 April 2021 to commit to respecting human rights.

The release of the 23 year old student would be a good indication of their intent.