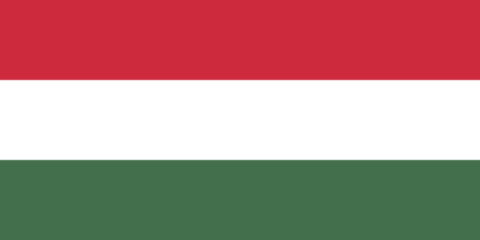 We, the undersigned partners of the Media Freedom Rapid Response (MFRR) express our serious concern over today’s decision by a court in Budapest to reject the temporary license extension to Klubrádió in Hungary, warning it will have far-reaching implications for what remains of media pluralism and independent journalism in the country.

The MFRR stresses that this decision effectively consigns Klubrádió to broadcasting exclusively on the internet and represents a significant win for the ruling Fidesz party and Prime Minister Viktor Orbán in their decade-long campaign to destroy one of the last remaining independent broadcasters which airs voices critical of the government.

Even if Klubrádió now wins its appeal against the Media Council’s decision to block its automatic license renewal, it will be prevented from returning to the airwaves due to the appeal process of a rival broadcaster over the tender, which could take years to conclude. During this time, it will be ensnared in legal limbo and will have no choice but to fall silent on 15 February.

The European Union cannot stand by as the country’s biggest independent radio broadcaster is wiped off the airwaves. We call on the European Commission to immediately engage with the Hungarian government to find a solution which will allow Klubrádió to remain on the airwaves after 14 February, at least until the ongoing legal dispute over the tender is resolved.

It is essential for the Commission to recognise that as with the fall of independent titles such as Index, Origo and Népszabadság before it, the situation facing Klubrádió has been carefully designed by Fidesz to give the administration plausible deniability in the station’s demise. It is likely to present Klubrádió’s fall as a decision made by the letter of the law, rather than one crafted by political forces.

The reality is that ever since the previous attempt to strip Klubrádió of its frequency in 2011 failed, Fidesz has, over a period of several years, lain the groundwork and created the necessary conditions to make it all but impossible for the station to remain on the airwaves, blocking all remaining available options for when its renewal was rejected.

Since 2010 Fidesz has stacked the Media Council with its own appointees, in contrary of EU Directive 2018/1808, to ensure Klubrádió would be penalised when the time came for its license renewal to be considered. Last year, the government then used its majority to amend the law on the provisional licenses to ensure they could not be granted during periods of ongoing litigation. Finally, the last refuge on the airwaves, DAB+ digital broadcasting, was discontinued by the government in 2020, sealing off the last available option for Klubrádió to remain on air.

The result was that when the time finally came for Klubrádió’s license to be renewed, its fate was all but sealed. Two minor infringements from 2016 were interpreted as “repeated violations” and justified to reject the station’s license renewal. Efforts to find a compromise have been flatly denied. Last ditch efforts by the opposition parties to find a solution that would save the broadcaster have twice been blocked by the ruling party in Parliament.

Hungary’s government is acting in direct contravention to Article 11 of the European Union’s Charter of Fundamental Rights on freedom of expression and information. The European Commission must urgently address this issue with the government to find an immediate solution without which it is all but certain that Klubrádió will fall silent on 15 February, denying hundreds of thousands of listeners in greater Budapest access to a source of independent and high-quality news and information and sealing the fate of yet another independent media outlet in Hungary.

This statement has been coordinated by the Media Freedom Rapid Response (MFRR), which tracks, monitors and responds to violations of press and media freedom in EU Member States and Candidate Countries. This project provides legal and practical support, public advocacy and information to protect journalists and media workers. The MFRR is organised by a consortium led by the European Centre for Press and Media Freedom (ECPMF) including ARTICLE 19, the European Federation of Journalists (EFJ), Free Press Unlimited (FPU), the Institute for Applied Informatics at the University of Leipzig (InfAI), International Press Institute (IPI) and CCI/Osservatorio Balcani e Caucaso Transeuropa (OBCT). The project is co-funded by the European Commission. www.mfrr.eu