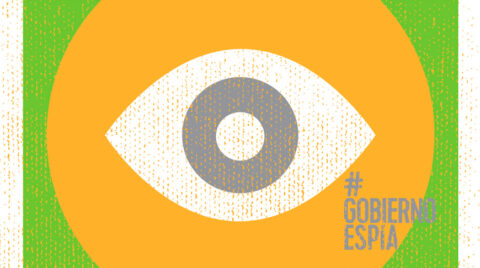 Mexico City, November 11, 2021: On 8 November, the Mexican Attorney General’s Office (FGR) announced a key development in the investigation into the Pegasus spyware case in Mexico. The FGR announced that: “…it obtained an arrest warrant against Juan Carlos ‘G’ for his probable responsibility in the commission of the crime of illegal intervention of aggravated communications to the detriment of a journalist, using the software publicly known as ‘Pegasus'”. The office also said that the accused would face trial, and that an investigation period of four months had been initiated.

Juan Carlos “G” is a key clue in understanding the illegal use of Pegasus software in Mexico, both in the public and private sphere. Investigations conducted by Mexican newspapers Aristegui Noticias and Proceso, as part of the Pegasus Project, an international investigation into the surveillance, as well as those carried out by the authorities, reveal the existence of a network of companies related to businessman Uri Emanuelle “A”, the main supplier of the malware in Mexico.

We hope this indictment is the first step towards unravelling the web of  illegal and abusive power over citizens using a tool that destroys the most elementary levels of privacy and the fundamental rights of citizens, while at the same time destroying the scaffolding of protection that all democracies must guarantee its people and institutions.

The individual case regarding the journalist, who has been recognized as a victim of espionage carried out using Pegasus spyware, will be the first prosecution the Attorney General’s Office will pursue as part of the wider case. ARTICLE 19 trusts that this is the beginning of a process that will expose other cases, which could total thousands.

It is believed that the accused, Juan Carlos “G,” had access to Pegasus as a member of one of the NSO Group’s intermediary companies in Mexico. The information available indicates he would have used it to tap the private communications of an undetermined number of victims at the request and for the benefit of public and private entities, which are being investigated by the Attorney General’s Office.

Crimes on a global scale

It is important not to lose sight of the fact that cyber espionage is a systematic violation of the human rights of citizens, including journalists, activists and political actors at an international level, so progress in the investigations is an opportunity to identify various levels of responsibility in Mexico and other parts of the world.

The international investigation the Pegasus Project was carried out by 80 journalists from 17 media outlets around the world, coordinated by Forbidden Stories and Amnesty International. It revealed that the Israeli cyber security company the NSO Group had a database of more than 50,000 telephone numbers, indicating that any individual, business or organisation linked to those numbers were potential victims of espionage conducted using the Pegasus spyware manufactured by NSO.

The Mexican case has attracted worldwide attention because more than 15,000 of the numbers on that list were linked to Mexican citizens.

Following on from the Pegasus Project investigations, it is clear that there was widespread use of the spyware on an international level and that the product was first bought by individuals or groups in Mexico. Furthermore, it is clear that it was used illegally in Mexico on a massive scale and more than in any other country; there are indications that it was used by people at the highest levels of power, in both the public and private sectors.

The news, which the FGR announced on 8 November, is of enormous significance, given that the Pegasus Project revealed that the illegal use of the spyware constitutes a global crime — a revelation that sent shockwaves around the world.

This first step towards justice would not have been possible without the determination of journalists, human rights defenders and anti-corruption activists, who in adverse conditions came forward to denounce what was happening in 2017 at a time when there were no guarantees for an impartial and unbiased investigation. Nor would it have been possible without the work of Mexico’s office of the Special Prosecutor for Attention for Crimes Against Freedom of Expression (FEADLE), which has recently taken on a more crucial role in the case.

The NSO Group has been blacklisted by the US Department of Commerce and investigations have been launched in several parts of the world, generating worldwide condemnation.

The announcement by the Attorney General’s Office should be a point of no return, marking the beginning of a far-reaching investigation to shed light on what happened in Mexico, thus making a substantial contribution to unveiling the extent of this international crime.

For further information, or to request an interview, please contact [email protected]