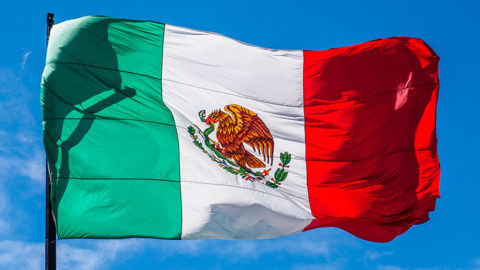 Washington D.C./Mexico City, July 1, 2021.- Today, under the 180th Period of Sessions of the Inter-American Commission on Human Rights (IACHR), journalist groups, Mexican civil society organizations, and international organizations denounced the constant stigmatising narrative used by the federal government and certain state and municipal governments against those who exercise their right to defend human rights and to freedom of expression.

This denunciation, made at the thematic hearing “Stigmatisation and attacks against the press, human rights defenders, and organizations,” was accompanied by a video showing the use of public resources, through official spaces, to stigmatise human rights defenders, journalists, the media, civil society organizations, and international bodies, with the aim of silencing, censoring, and attacking dissent.

Despite the gravity of the issue, the Mexican state denied the facts, declaring that government officials do not stigmatise journalists and human rights defenders, rather they “stigmatise slander and lies.” However, stigmatisation by high-level officials creates a context that enables attacks against the press and human rights defenders. As a direct consequence, there has been an increase in violence and a deterioration of safe environments for exercising freedom of expression and defending human rights.

The authorities also failed to adopt a position on the prevailing impunity in cases of crimes against freedom of expression, which stands at more than 98 percent according to official figures. Nor did they clarify what they will do with respect to the twenty murders and four disappearances of journalists and the 45 murders of human rights defenders that have taken place during the current six-year term.

In view of the state’s omissions and the denunciations presented at the hearing, we welcome the proposal made by the IACHR and the Office of the United Nations High Commissioner for Human Rights (OHCHR) to set up opportunities for dialogue with the Mexican government, a proposal we hope will be implemented as soon as possible. In particular, Commissioner and Rapporteur for Mexico Esmeralda Arosemena de Troitiño stated that diversity of opinions does not mean that human rights defenders and journalists are “enemies,” and called for a rapprochement between the government and civil society, offering her support to facilitate dialogue between the parties.

We also welcome the IACHR’s proposal to provide technical assistance to the Mexican state so it can incorporate international human rights standards, in particular freedom of expression standards, into the morning press conferences held by the President of the Republic, and thus avoid the reproduction of stigmatising discourses.

In this respect, Pedro Vaca, IACHR Special Rapporteur for Freedom of Expression, asked the Mexican government to reconsider the section of these press conferences entitled “Who Is Who in the Lies,” as “it may be affecting guarantees of a free and informed debate on public accusations.” The debate “cannot be conducted under the guilt implied by reprimanding, and it needs to be more open in terms of freedom of expression and democracy,” he said.

The petitioning organizations also join the IACHR and OHCHR commissioners in their recommendations to conduct effective gender-sensitive inquiries to end impunity, eliminate criminal defamation, revise other criminal offenses used for criminalizing the defense of human rights and freedom of expression, and ensure that public officials refrain from making stigmatising statements and that they further recognize and guarantee the work of these groups and its importance for the exercise of democracy.

In view of the above, the undersigned organizations are fully willing to promptly initiate the opportunities for dialogue proposed by the IACHR and to have the state receive the recommended technical assistance to incorporate standards in its morning press conferences, which we hope will set a precedent for all states and municipalities.

Finally, we again call on the IACHR, the media, and society in general to remain vigilant for possible retaliation against members of participating organizations following the hearing. We also insist on the requests made at the hearing, namely: