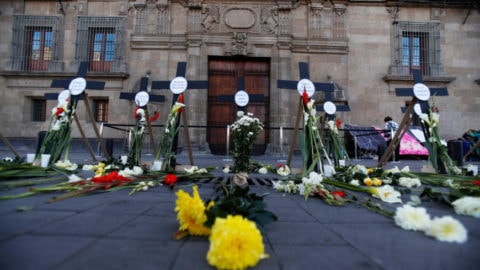 Mexican president Andrés Manuel López Obrador has launched an open attack on the staff and activities of ARTICLE 19 Mexico and Central America.

His comments followed the free expression organisation’s report detailing attacks against journalists and violations of the right to freedom of expression in the country.

The report also renewed calls for Sanjuana Martínez, the director of state-run press agency Notimex, to be held accountable for using public resources to coordinate online attacks against journalists and employees who had been critical of her management.

“Mexico remains one of the most dangerous places in the world to be a journalist,” said Quinn McKew, ARTICLE 19’s Executive Director. “ARTICLE 19 will not let the president’s words distract us from doing our job protecting journalists and human rights defenders from attacks, which all too frequently come from government sources.”

ARTICLE 19 regards Obrador’s comments as an attempt to distract media attention away from his failure to address and tackle some of the country’s endemic human rights problems, including his failure to protect journalists. In addition, the rhetoric used by Obrador has consistently stigmatised the work of human rights organisations in Mexico, eroding the already dire environment for freedom of expression, making it one of the most dangerous countries in the world to exercise the right to freedom of expression.

At a time when journalists are at great risk in Mexico, President Obrador should be taking concrete measures to protect media workers, and to address the unacceptable level of 98% of impunity on crimes against them, rather than stigmatising the fundamental role of journalists in democratic societies.

“ARTICLE 19 will continue working with the victims of censorship,” said Leopoldo Maldonado, Regional Director for Mexico and Central America. “We will continue fighting for freedom of expression all over the world. We will not be distracted by the president’s attempts to derail our work and distract attention from its value.”

The president, who delivered his attack during a morning press conference, accused ARTICLE 19 of waging a conservative campaign against him with other conservative groups, and accused the organisation of being funded by the United States.

“ARTICLE 19 has always been transparent about the sources of our funding, which comes from the leading supporters of freedom of expression around the world,” said Executive Director Quinn McKew. “And as some of them can attest, receiving funding in no way silences our criticism of them when necessary.”