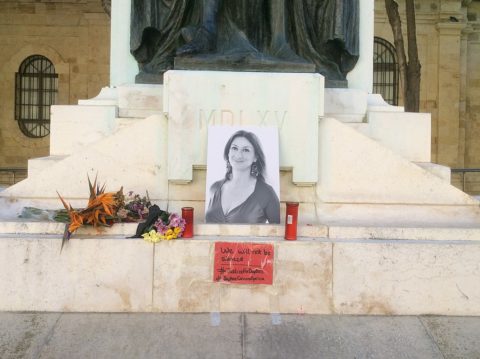 On 14 September, ARTICLE 19 and partner organisations sent the following letter to Prime Minister Abela, to which we have received no reply to date:

We are writing to express our grave concern about your Government’s apparent interference with the activities of the independent public inquiry into the assassination of Daphne Caruana Galizia, in relation to the timeframe for the fulfilment of its terms of reference.

It is our understanding that the Board of Inquiry wrote to you to inform you that it would take longer than the nine-month time period proposed in the Terms of Reference to complete its activities.

It also requested that the timeframe during which resources are put at the disposal of the Board, such as the use of the court halls, would be extended accordingly. In response to this you stated that the public inquiry must complete its work by mid-December of this year.

For this inquiry to be regarded as effective under Article 2 of the European Convention of Human Rights, it must be carried out in a manner that ensures independence from those implicated in the events, which means not only a lack of hierarchical or institutional connection, but also concrete and practical independence.

The Terms of Reference, published by the Government by means of a public notice on 15 November 2019, are the main rules governing the proceedings of the public inquiry. Whereas these Terms of Reference state the aim of concluding the tasks within nine months, this is “without prejudice to the due fulfilment of these Terms of Reference”. Furthermore, the Inquiries Act provides no time limit in which a board of inquiry must conclude its tasks.

Moreover, we note that the Board of Inquiry is working diligently, but that because of the many witnesses to be heard and delays caused by the Corona pandemic, an extension of its activities is necessary to fulfil the Terms of Reference.

Accordingly, we consider your presumption to set a time by which the Board of Inquiry must finish its activities constitutes undue interference with the fulfilment of the Board’s task, hinders the fair and due fulfilment of its Terms of Reference and, as such, violates Article 2 of the European Convention. Therefore, we respectfully request you refrain from attempting to impose such a time limit, or any other interference with the independence of the Board of Inquiry, and to ensure that it has the resources at its disposal to fulfil the Terms of Reference, as decided by the independent Board itself.