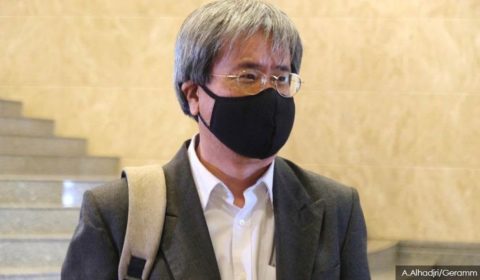 The conviction of online news outlet Malaysiakini on contempt of court charges threatens press freedom, despite the simultaneous acquittal of editor-in-chief Steven Gan, said ARTICLE 19. The excessive fine imposed on Malaysiakini will have a chilling effect on independent journalism and online freedom of expression in Malaysia.

“This ruling places onerous and unreasonable obligations on news portals to review and regulate every user comment,” said ARTICLE 19. “The verdict sets a bad precedent with potentially far-reaching consequences. It erodes democratic freedoms and digital rights and risks promoting a climate of fear and self-censorship among Malaysian media and websites managers.”

The Federal Court of Malaysia today convicted Malaysiakini of contempt of court in relation to third-party comments posted in the public comments section of a 9 June 2020 article entitled, ‘CJ [Chief Justice] orders all courts to be fully operational from July 1’. The court handed down a fine of RM 500,000 (approximately USD 124,000), more than double the amount suggested to the court by the government’s lawyer. The court acquitted Malaysiakini editor-in-chief Steven Gan of contempt charges in the same case.

Attorney General Idrus Harun filed the charges against Malaysiakini and Steven Gan on 15 June under Article 126 of the Federal Constitution. Harun alleged that the comments threatened ‘public confidence in the judiciary’ and were ‘clearly aimed at tarnishing the administration of justice by the judiciary’. On 2 July 2020, Malaysiakini’s motion to dismiss the case was rejected.

In making its ruling, the Federal Court relied on section 114A of the Evidence Act to demonstrate Malaysiakini’s responsibility for user-generated content posted on its website. Section 114A was introduced through an amendment to the Evidence Act in 2012, despite vocal concerns from civil society. The section creates a presumption of fact regarding the identity of the individual responsible for a publication, including on online platforms. The interpretation of this provision to apply to third party user-generated content on a website is a dangerous application that is inconsistent with international human rights law.

ARTICLE 19 has consistently warned that laws and policies that punish Internet intermediaries for third-party content are incompatible with the right to freedom of expression. Online news sites should be considered hosts—rather than publishers—of messages made in comment sections or other message boards that are open to the public and should not be held responsible for such third-party content.

The Manila Principles on Intermediary Liability provide practical guidelines for policymakers, internet companies, and civil society concerning the legal liability of internet intermediaries for online communications. The Principles state that intermediaries should be immune from liability for third-party content and should never be required to proactively monitor content.

“Media freedom must be protected as a matter of priority, including by protecting Internet intermediaries from liability under Malaysian law,” said ARTICLE 19. “This conviction is the latest in a series of setbacks for press freedom under the Perikatan Nasional administration.”