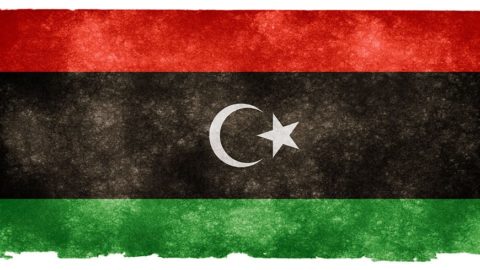 ARTICLE 19 calls on the Libyan government to retract a recent governmental decision which would increase the government’s influence over the entire media system and threaten media freedom and pluralism in the country. Decision No. 301 of 2021 (the Decision) related to the Department of Information and Governmental Communication represents a real danger to the freedom and independence of the media in Libya, with very broad powers assigned to an administrative body under the control of the head of the government to supervise the media sector, without any regard to international standards on free expression.

We urge the government to reverse this mistake, in order to ensure a legal framework compatible with the constitutional declaration and international standards on freedom of expression and the right to information. We further urge that all future legislative decisions are implemented only after carrying out the necessary consultations with professional organizations, journalists, academics and other actors in the media landscape.

On 11 August 2021, the Council of Ministers of the Government of National Unity issued governmental decision No. 301, which included several articles that would put the government’s hand on the entire media system in Libya.

Article 1 of the Decision changes the name of the Department of Communication and Information to the Department of Information and Governmental Communication (the Department), painting a worrying picture of the goals of the Decision. The Department is then granted wide and dangerous powers under Article 2, such as supervising media outlets, following up on the quality of content published on all audio, print and visual media under the supervision the Council of Ministers, supervising the implementation of training plans and programs for workers in all media outlets affiliated with the Council of Ministers, and concluding private contracts for satellite broadcasting. It also enables the Department to propose public media directors affiliated with the Council of Ministers, regulate the granting of licenses for the establishment of all forms of media, and regulate the work of media offices that broadcast from abroad and have headquarters in Libya.

This decision contradicts Article 15 of the Constitutional Declaration, which guarantees freedom of opinion, freedom of individual and collective expression, freedom of scientific research, freedom of communication, and freedom of the press, printing, and publishing media. It also contradicts Article 19 of the International Covenant on Civil and Political Rights, ratified by Libya. Under the international standards, public media should not be controlled by government, rather they should be independent and there should be strong safeguards of their independence and operational autonomy. The Department of Information and Governmental Communication does not enjoy the aforementioned characteristics as it’s controlled by the government and thus it can threaten the independence of public media by controlling its editorial line and published content in the interest of the government.

ARTICLE 19 is also concerned that the Department does not correspond to international standards on the independence and functions of regulatory authorities for the broadcasting sector, since it represents an internal structure of the Libyan government that does not enjoy any functional and financial independence, and is therefore subject to the orders of the President of the Government. UN Human Rights Committee General Comment No. 34 which elaborates standards in this area makes clear that in order to protect freedom of expression, an independent regulatory authority[1] must be established. The authority supervising the audiovisual media should also consist of members who are independent from any political, economic and media influence, who are known for their efficiency and democratically appointed in accordance with a pluralistic and transparent process. The absence of these criteria is evident from the Decision that assigned broad powers to supervise the media field to an administrative structure affiliated with the President of Government[2].

This decision also confirms our fears, previously expressed,[3] about dividing public media institutions between different governmental bodies. The Department of Information and Governmental Communication is now able to follow up on the content published by the institutions under the supervision of the Council of Ministers and to ensure that they respect certain rules, some of them of a political nature such as stability and support for the political process, which indicates a clear intention to instrumentalize public media affiliated with the Council of Ministers.

This decision would create duplication in the application of the law, as the media outlets under the supervision of the Council of Ministers will be subject to rules different from those applied to the rest of the media under the supervision of other governmental bodies, which would further deteriorate the Libyan media landscape through the lack of clarity of the legal and regulatory framework.

As a result of the aforementioned breaches, ARTICLE 19 calls on the Libyan government to retract governmental decision No. 301 of 2021 in order to review it and replace it with a law, after consultation with stakeholders, that is in line with constitutional provisions and international standards.

[2] See: Council of Europe Recommendation on the independence and functions of regulatory authorities for the broadcasting sector No. 2000 (23):

[3] ARTICLE 19, along with other organizations, published an open letter to the Libyan President of Government, warning of the danger of fragmenting the media landscape by assigning the supervision of the public media to various government bodies. To read the open letter, click here.