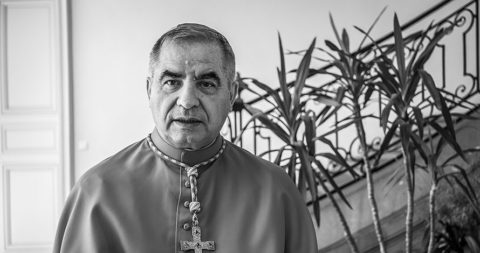 The partners of the Media Freedom Rapid Response (MFRR) express serious concern over the €10 million euro lawsuit launched against Italian news magazine L’Espresso by a former Vatican Cardinal over its reporting on his alleged involvement in a corruption scandal involving the use of Holy See funds.

The MFRR believes this case illustrates the serious flaws in Italy’s civil defamation laws, which do not provide safeguards against abuse and can be easily instrumentalised to retaliate against legitimate journalistic investigations.

The lawsuit launched by Cardinal Angelo Becciu in November 2020 is seeking €10 million in damages over claims the weekly magazine destroyed his reputation and influenced Pope Francis to fire him, undermining his chances of ever becoming supreme pontiff himself in the future.

The lawsuit hinges on a report L’Espresso published on 24 September 2020 which broke the news that investigations by the Italian Finance Police had implicated the cardinal in the embezzlement of €100,000 of Vatican money to a charity organisation controlled by his brother in the Becciu’s home diocese of Ozieri in Sardinia. At the time of the transfer, Becciu was the second highest official in the Vatican secretariat of state.

Later that day, the allegations of financial misdeeds were presented to Becciu by the Pope in a private meeting, forcing him to step down as the prefect of the Vatican’s saint-making office. On 18 November, a 74-page lawsuit was filed against L’Espresso in Sardinia, describing the report as “slanderous and defamatory”.

L’Espresso Editor-in-Chief Marco Damilano has questioned the motivation of Becciu’s claims and stood by the outlet’s public interest reporting, calling the lawsuit a “stupefying attack”. The Italian Federation of Journalists (FNSI) condemned the legal action as a “typical gag lawsuit” aimed at intimidating L’Espresso’s editorial staff.

The MFRR believes this lawsuit represents a clear abuse of Italy’s civil defamation law that could have a knock-on effect of intimidating journalists from reporting on alleged corruption within the institutions of the Vatican in the future.

While Becciu is of course at liberty to use legal measures to defend his reputation, the request of compensation of €10 million euros is an absurd and disproportionate demand which would likely impose a crippling penalty on L’Espresso and drag the magazine through the courts for years. We urge Becciu to withdraw his complaint immediately.

A lack of limits on compensation in Italian civil defamation law means disproportionate claims such as Becciu’s remain a valid legal option for those wishing to silence challenging reporting. Every year, L’Espresso and outlets like it are bombarded with civil lawsuits from Italian politicians and businessmen seeking millions of euros in damages.

Moreover, Italy’s Civil Procedure Code does not include provisions for preliminary scrutiny by a judicial authority, meaning that these vexatious cases cannot be easily dismissed by a judge. As a result, they often lead to lengthy, costly and psychologically-draining trials, which can discourage journalists from freely exercising their professional duties for the entire duration of the proceedings.

While judges almost always rule in media outlets’ favour, these protracted legal battles put significant pressure on media outlets’ staff and resources. L’Espresso is currently fighting multiple such lawsuits, which can each take up to five years to reach a first instance verdict.

Reform of the Italian framework on defamation in both the Civil Procedure Code, Criminal Code and press law must be a top legislative priority for any government that takes the freedom of the press seriously. For too long, bills introduced to Parliament which would tackle “bad faith” litigation and offer solutions such as punitive damages and early dismissal of frivolous lawsuits have been delayed and blocked.

This lack of action means hundreds of journalists in Italy are left to fight such cases brought against them by law firms of large companies, mafia groups and public administrators, according to Italian press freedom group Articolo 21. This also leaves the door open to the use of Strategic Lawsuits Against Public Participation (SLAPP), an abuse of the legal system that is increasingly used to target public interest reporting and investigative journalists across Europe.

This statement is part of the Media Freedom Rapid Response (MFRR), a Europe-wide mechanism, which tracks, monitors and responds to violations of press and media freedom in EU Member States and Candidate Countries. This project provides legal and practical support, public advocacy and information to protect journalists and media workers. The MFRR is organised by a consortium led by the European Centre for Press and Media Freedom (ECPMF) including ARTICLE 19, the European Federation of Journalists (EFJ), Free Press Unlimited (FPU), the Institute for Applied Informatics at the University of Leipzig (InfAI), International Press Institute (IPI) and CCI/Osservatorio Balcani e Caucaso Transeuropa (OBCT). The project is co-funded by the European Commission.