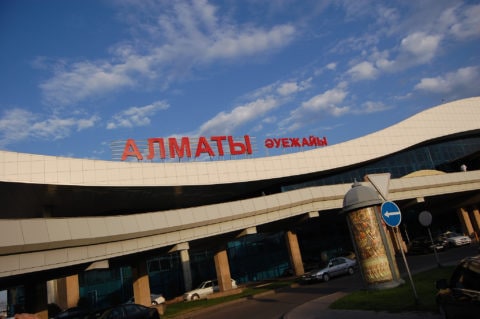 ARTICLE 19 is concerned that the detention and harassment of Seytkazy Matayev, chairman of the Union of Journalists and head of the National Press Club, is an attempt to stifle press freedom ahead of the upcoming parliamentary elections. We call upon the authorities to immediately release him and ensure that he is able to fully defend himself against all charges brought against him.

On 22 February, Kazakhstan’s National Anticorruption Bureau arrested Seytkazy Matayev, along with his son, Aset Matayev, director of the KazTAG news agency, in Almaty on suspicion of embezzlement of state funds and tax fraud. Aset Matayev was released after being questioned, while his father remains in custody. If convicted, Seytkazy faces between six and twelve years in prison.

No formal charges have been brought against either father or son; however, a statement released by the Anticorruption Bureau accuses Seytkazy Matayev of embezzling 380 million Kazakh Tenge (approx. £750,000) from government funds transferred to the Press Club and KazTAG under an official contract to promote national policies. It also refers to a separate investigation into embezzlement of local government funds. The statement additionally accuses Seytkazy Matayev of evading 327 million Tenge (approx. £650,000) in taxes.

Since January 2016, the Matayevs have received a series of visits from government agencies, including the Almaty City Architecture Department, the Tax Police and the National Anticorruption Bureau, regarding alleged violations of the law. The Matayevs refute all accusations against them and have stated their willingness to respond in full to all allegations. On the day that they were arrested, they had planned to hold a press conference in Almaty about the investigations, accusing the government of politically-motivated harassment.

Crackdown on freedom of expression

The National Press Club headed by Matayev often hosts press conferences and debates, and is known for providing a rare space for discussion in a context where freedom of expression has long been under attack. For many years, independent and critical journalists and media outlets in Kazakhstan have faced persistent legal harassment, undermining their ability to freely report on matters of public interest.

Criminal proceedings are frequently brought against independent media. Yuliya Kozlova, a journalist working for the site Nakanune.kz, well known for its critical investigative journalism, is currently on trial in Almaty for charges of drug possession. Guzyal Baidalinova, the owner of the site, is facing up to seven years on prison on charges of disseminating false information. In October 2015, Yaroslav Golyushkin, the editor-in-chief of Versiya, an independent weekly newspaper, was sentenced to eight years in jail on charges of extortion. The charges were brought after the newspaper published an article implicating the Governor of Pavlodar’s son in the rape of a woman.

While Kazakhstan has long sought to suppress critical voices, the detention of the Matayevs may be related to attempts to control the media in the run up to Kazakhstan’s upcoming parliamentary elections. Announced in January this year, the snap elections are widely perceived to be motivated by concerns about Kazakhstan’s declining economy and a need to reaffirm the ruling party’s parliamentary majority before greater economic hardship sets in.

A free and diverse media is essential for elections to be considered free and fair, providing information that allows the electorate to inform themselves about political options, evaluate candidates and freely elect those they believe to be most qualified for the role. The media have a critical role to play in calling the government to account, particularly during the electoral processes, on all possible issues that might be of interest to public opinion.

ARTICLE 19 calls upon the Kazakh authorities to immediately release Seytkazy Matayev, and calls upon them to ensure that both Seytkazy and his son are enabled to fully defend themselves against the charges brought against them. Additionally, the Kazakh authorities must refrain from bringing politically motivated charges against journalists in the run up to the elections, to ensure they are able to freely report on elections, as is required in a democratic society.