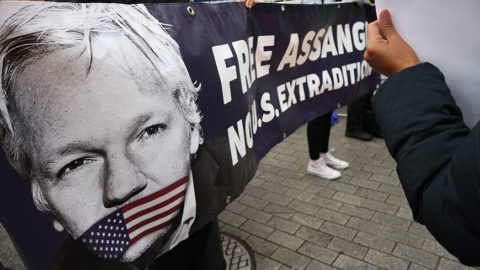 Earlier today at the Old Bailey, a judge ruled that Wikileaks founder Julian Assange will not be extradited to the United States to face charges of espionage and of hacking government computers. The US authorities have said they will appeal the decision.

District Judge Vanessa Baraitser ruled that Mr Assange would not be extradited owing to concerns over his mental health, setting out evidence of self-harm and suicidal thoughts and stating that he appears to be “a despairing man, fearful for his future.”

“We warmly welcome the news that Julian Assange will not be extradited to the United States on charges of violation of the Espionage Act.

“This would have dealt a significant blow to press freedom, unjustly criminalising those who gather news and expose the truth. It would have meant that all those who pursue and reveal human rights abuses by the US and other governments, as well as other powerful entities, would also be at risk of extradition and prosecution on vague ‘national security’ grounds.

“We call on the new US administration of President-Elect Joe Biden to drop all charges against Mr Assange and to urgently improve protections for all whistleblowers and others who hold power to account.”

ARTICLE 19 has closely monitored the case and has repeatedly raised concerns about criminal investigations into Julian Assange and WikiLeaks, as well as the prosecution of those who were sources of information, such as Chelsea Manning. The legal process was marred by serious obstacles to open justice. Despite assurances from the court, ARTICLE 19 and other freedom of expression NGOs were not provided with access to monitor the proceedings as independent NGO observers in person or online which seriously hampered our ability to monitor the proceedings.

In November 2013, the US Department of Justice concluded it would not bring charges against Assange because government lawyers said they could not do so without also prosecuting US news organisations and journalists, raising serious First Amendment issues. However, in April 2019, the Department made public a previously sealed indictment against Assange for conspiring to gain access to classified information on a computer.  This was then followed in May 2019 with a 18-count indictment under the Espionage Act for seeking and publishing the classified information on the Iraq and Afghanistan wars.

ARTICLE 19 has criticised the Espionage Act for being vaguely-worded and not complying with international standards on freedom of expression. Journalists and publishers should not be liable under espionage laws for disclosing information of public interest. Equally, whistleblowers and those who provide information to media outlets should not be prosecuted if there is a strong public interest in the release of the information.  By doing so, the US plays into the hands of authoritarian governments who routinely prosecute journalists under the guise of the protection of national security.