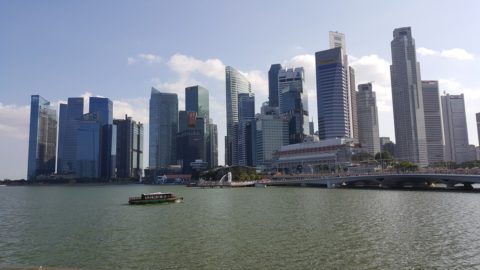 The investigations are the latest in a crackdown on Singaporean human rights defenders and independent media ahead of elections, expected as early as this year.  They are yet another example of the government’s use of the Administration of Justice (Protection) Act (AJPA) to silence critics.

On 13 March 2020, police raided the office of prominent human rights lawyer M Ravi. The same day, police raided the home of Terry Xu, the editor of independent media website ‘The Online Citizen’ (TOC), and confiscated his computers. They have both been informed they are under investigation for contempt of court under the AJPA. The raids follow the publication of articles on TOC’s website, related to M Ravi’s client, Mohan Rajangam, a Singaporean who challenged the legality of his extradition from Malaysia in 2015. Our organisations believe these raids and investigations to be a calculated move by the government to curtail M Ravi’s human rights work and stifle scrutiny of the courts.

After new information came to light from the Singapore police regarding his extradition, Rajangam withdrew his legal challenge. Nonetheless, authorities are still subjecting M Ravi, Terry Xu, Rajangam and one other person to investigation. The police have stated that the publication online on TOC of Rajangam’s affidavit breached contempt of court regulations, but have failed to identify what exact content could pose any risk of prejudice to the court proceedings.

Our organisations have repeatedly expressed concern about the overly broad and vague powers under the AJPA, which came into effect in 2017 despite concerns that they may result in abusive interpretation and implementation. The AJPA lowered the threshold for contempt which had been established under common law and expanded judicial powers to punish such contempt with increased penalties. The Act thus imposes fines of up to SGD100,000 (US $69,000) and/or imprisonment for up to three years for discussion, debate or criticism of cases under review by the judiciary deemed to violate the law. In a 2019 report, the ICJ affirmed that there already existed a worrying trend in Singapore of use of contempt of court under common law to limit the right to freedom of expression, which has only been worsened by the coming into force of the AJPA.

To date, the Singapore government has used contempt of court provisions to arrest, persecute and prosecute people for peacefully exercising their human rights including the right to take part in public discussion of matters concerning the law,  administration of justice and the promotion and protection of human rights in Singapore. The use of this law to target a lawyer – who is practising his profession and representing his client – not only constitutes an unjustifiable attack on a human rights defender, but also is contrary to the UN Basic Principles on the Role of Lawyers, which provide that lawyers like other citizens are entitled to the rights to freedom of expression, belief, association and assembly.

In October 2018, the High Court convicted activist Jolovan Wham and opposition politician John Tan on charges of “scandalising the judiciary”. Wham, a human rights activist, had been charged for his Facebook post on 27 April 2018, in which he said that “Malaysia’s judges are more independent than Singapore’s for cases with political implications”. Tan, a senior member of opposition party – the Singapore Democratic Party – faced the same charge for stating on his Facebook page that Wham’s prosecution “only confirms that what he said is true”.

On 16 March 2020, Singapore’s Court of Appeal upheld the conviction and sentence of Jolovan Wham to a fine of SGD $5000 (US $3460) or one week in jail. Wham has also been ordered to remove the “offending” post from his Facebook feed.

Amnesty International, ARTICLE 19, ASEAN Parliamentarians for Human Rights, CIVICUS, Human Rights Watch, and the International Commission of Jurists call on the Singapore authorities to cease their use of the Administration of Justice (Protection) Act to silence people engaging in critical comment on the judiciary. Judicial proceedings are matters of critical public importance. While upholding public confidence in the administration of justice is a legitimate aim, the repressive use of the AJPA has a chilling effect on human rights and the capacity of lawyers, academics and the general public to comment on the functions of the courts in Singapore. We further urge the government to stop its harassment and intimidation of lawyers and independent journalists, including through the use of criminal investigations and smear campaigns aimed at stifling their opinions and undermining their work.