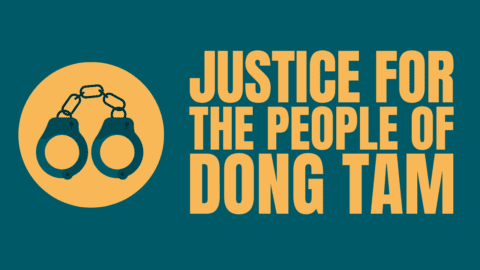 ARTICLE 19 joined a group of 89 politicians, civil society leaders and representatives of non-governmental organisations in sending a letter to the prime minister of Vietnam concerning a trial involving the residents of Dong Tam village.

Dong Tam village was the site of a deadly clash between villagers and security forces related to a dispute over the construction of a military airport. On 14 September, a court in Hanoi convicted 29 individuals charged in the case, handing down two death sentences.

Signatories to the letter expressed concerns about violations of the fair trial rights of the defendants, including denial of access to defense lawyers, the blocking of defense witnesses, and the alleged use of torture to extract forced confessions.

READ THE LETTER IN ENGLISH.

READ THE LETTER IN FRENCH.

READ THE LETTER IN VIETNAMESE.