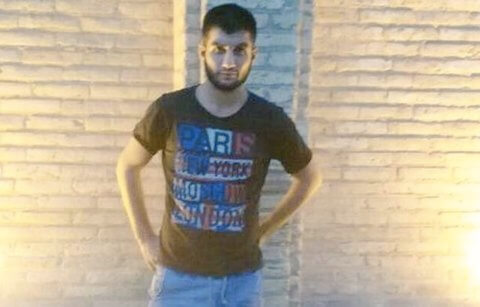 In January this year the Iranian authorities charged and imposed the death penalty on a young man called Sina Dehghan for insulting the Prophet and Q’uran on social media.  He is now on death row, yet the imminence of the execution of Sina is an affront both to international standards and Iran’s own criminal code.

While undertaking mandatory military service as a teenager, Sina was arrested on 21 October 2015 by the Islamic Revolutionary Guard Corps at a barracks in Tehran, after making the comments on the LINE instant messaging application.  He has been imprisoned in Arak Prison ever since.

Although Article 262 of the Islamic Penal Code states that insulting the prophet is punishable by death, Article 263 states that the accused can have their sentence reduced if they tell the court the insults were the result of anger or a mistake. The latter line of defense was one that Sina’s attorney failed to take.

According to an anonymous source who spoke to Centre for Human Rights in Iran (CHRI), in the course of his interrogation, Sina was allegedly told that he would be pardoned if he signed a confession and showed remorse. His family were also told that his chance of being pardoned would increase if they kept quiet about Sina’s case.

Both promises are now known to be false as Sina was sentenced to death for insulting the Prophet by Branch 1 of the Criminal Court of Arak, and later confirmed by the Supreme Court in January 2017. It is also clear that Sina was only given access to a court-appointed lawyer, who failed to adequately defend him in trial.

The death penalty imposed on Sina Dehghan and others illustrate how individuals are at the mercy of a system where forced confessions, false promises, and threats to family members undermine not only national judicial processes, but the international standards Iran has signed up to.

While Sina is on death row in Arak Prison, the Iranian authorities have an opportunity to act to stop the execution, and to take visible steps to implement their own codes of practice. We ask simply that a review of the case be undertaken immediately and the death penalty dropped.